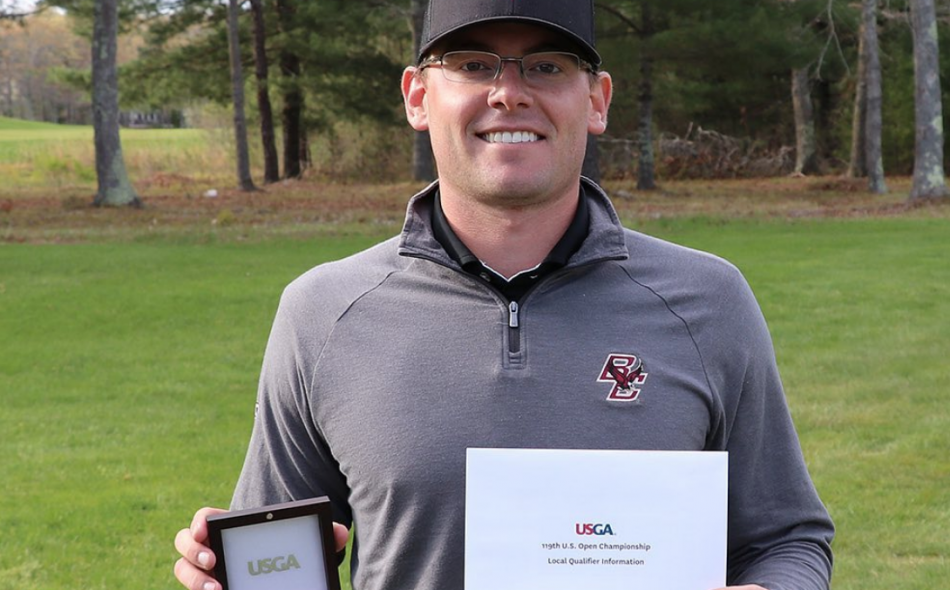 PLYMOUTH, Massachusetts – Thursday’s U.S. Open Local Qualifier at Pinehills Golf Club was the 75th such qualifier hosted across the country since April 29. Of those previous 74 contested local qualifiers, only once did all competitors who advanced from respective sites shoot the same score. That was until today. Following the 18-hole qualifier with an invitation to the sectional stage on the line, five competitors all shot even-par 72 on the Nicklaus Course to each earn a share of medalist honors and book their ticket to the next round of qualifying on June 3.

For Wilbraham’s Matt Naumec, a soon-to-be graduate of Boston College, Thursday’s qualifier marked the fourth straight year that the 22-year old will be advancing to the sectional round of U.S. Open qualifying, including the second straight year from the designated Pinehills GC qualifier.

Playing in his final event as an amateur after securing guaranteed Mackenzie Tour starts at last week’s Mackenzie Tour Q-School in British Columbia, Canada, Naumec tallied four birdies through his first 11 holes on Thursday and added a fifth on the par-4 14th hole to finish tied atop the leaderboard with his even-par 72 mark.

“I am looking forward to [sectionals],” said Naumec. “I now have a lot of experience in this round and I just have to put the game together. Today, I had a great front nine, shot 3-under, and had a couple shaky putts coming down the stretch, but I was able to pull it together and make a nice par on the last hole.”

On returning to sectionals for the fourth consecutive year, Naumec, who captained the Eagles this past season, said, “Maybe the fourth is the lucky one.”

For fellow Bay Stater Jason Parajeckas, a representative for PXG, advancing to the sectional stage is an accomplishment that has been a long time coming – eight years to be exact – since the last time he advanced to the sectional round of U.S. Open qualifying. The 34-year old also advanced in 2009.

“The only thing I really have is excitement,” explained Parajeckas, whose eagle on the par-5 sixth hole was one of the many highlights of his afternoon. “I haven’t really been playing competitive golf for about two years now, so when I get my chances, I will just take them. It’s exciting. That’s all I can really say.”

Following his eagle on his first nine holes, which helped him make the turn at 2-under 34, Parajeckas rebounded from a bogey and a double on holes 12 and 14 by adding back-to-back birdies on the 15th and 16th holes.

Being able to make it to the next round, without having to compete in a playoff, is something that made Thursday’s victory that much sweeter.

“I’ve been in this local qualifier eight times and seven of the eight times have been here [at Pinehills], said Parajeckas. “In five of those seven times, I think I have been in playoff.  I actually got off the 18th hole, saw the scores, and prepared for a playoff again.”

In addition to Naumec and Parajeckas, Tampa, Florida resident and former St. Leo University golfer Ryan Gendron, a 4-time NCAA Qualifier, birdied his first two holes to pace the rest of his round. He also tallied birdies on the Holes 6, 11 and 14 to offset a pair of setbacks on the 5th, 8th and 18 holes.

Max Gilbert carded three birdies to three bogeys to finish at even par while Kevin Fortin-Simard overcame bogeys on three of his first four holes with birdies on four of his final 14 holes.