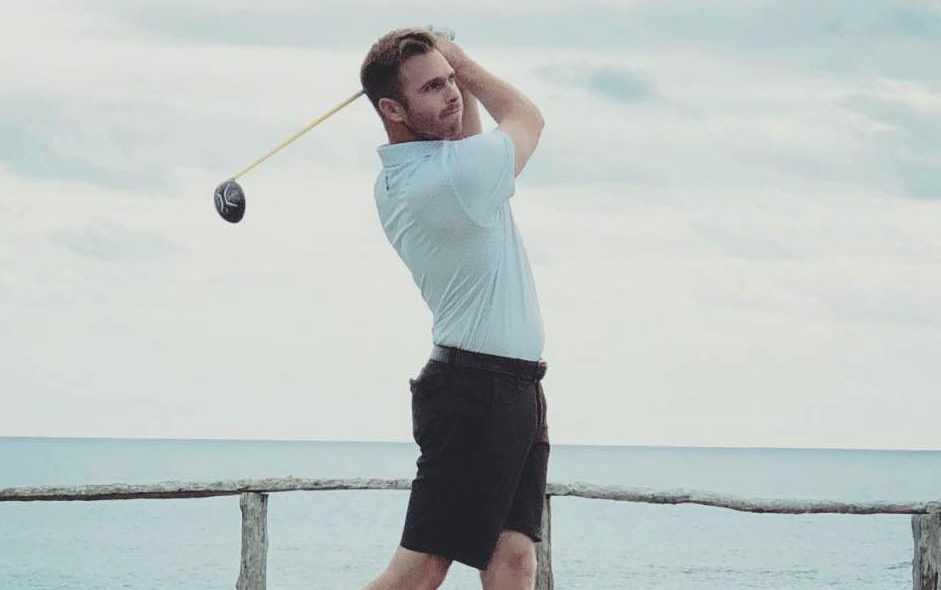 PITTSFIELD, Massachusetts – Vermont amateur golfer Jared Nelson and professional Mark Purrington, of Dartmouth, Mass., each shot matching 3-under 69’s at Berkshire Hills Country Club in Pittsfield on Tuesday to earn co-medalist honors and advance to the 36-hole sectional round of U.S. Open qualifying taking place on June 3.  The two competitors edged out Killington, Vermont’s Garren Poirier by one stroke in the 18-hole qualifier – the second of three being contested in Massachusetts this week.

In the midst of completing his freshman year for the Siena University Men’s Golf Saints squad, Rutland’s Jared Nelson registered a birdie on the par-5 second hole and an eagle on the par-5 fourth hole to quickly jump out to an early 3-under mark on the leaderboard. He would make the turn at even-par after a trio of setbacks on holes five, seven and nine on the way out, but registered back-to-back birdies on Holes 11&12 and another on 15 to return to his top-spot.

For 32-year old Mark Purrington, of Dartmouth, a professional golfer and part-time drummer, had a tale of two-rounds on Tuesday. In his first nine, he registered one birdie to two bogeys to make the turn at 1-over 36, but opened up his second nine with three straight birdies on his way in – carding a four on the par-5 10th hole and a pair of three’s on the subsequent par-4 11th and 12th holes, to back in the red on the leaderboard before registering his fifth birdie of the day on the par-5 18thhole to claim rights to a medalist position and avoid a possible playoff scenario.

ADDITIONAL INFORMATION
Hopkinton native Jimmy Hervol, a longtime Mass Golf competitor and a current senior on the UConn Men’s Golf Team, advanced from U.S. Open Local Qualifying on Monday, May 6, at Lyman Orchards Country Club in Middlefield, Connecticut. Hervol shot a 2-under par 70 and earned the low-amateur medal, finishing one stroke behind Gilford, New Hampshire’s Chris Houston for the top-spot. A total of four competitors advanced from the local qualifier, which was conducted by the Connecticut State Golf Association. A T6 finisher at the American Athletic Conference Golf Championship, Hervol will advance as an individual to the NCAA Regionals beginning on Monday, May 13, at the University of Louisville Golf Club – the first UConn Huskie to earn that feat since 1992.