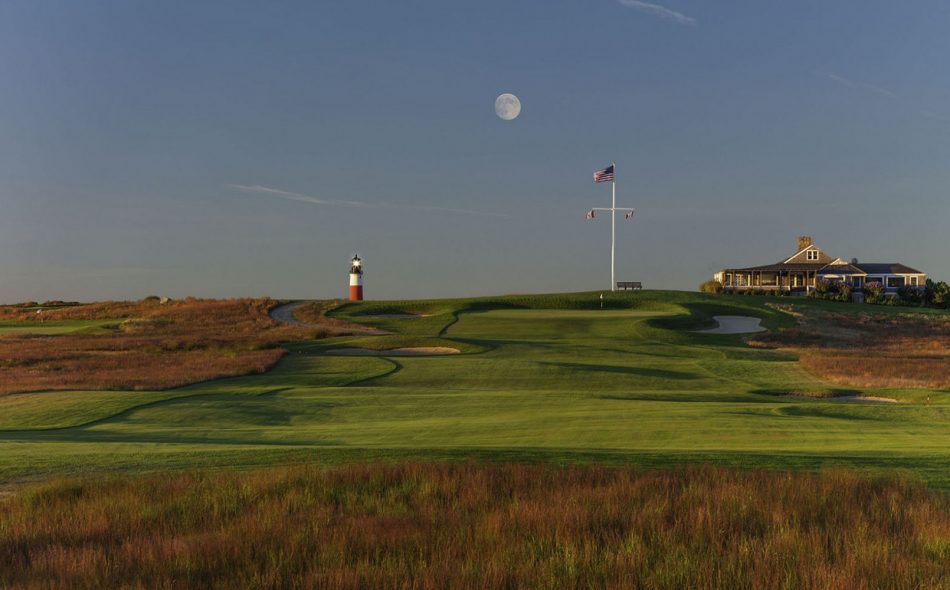 “The USGA is pleased to partner with Sankaty Head Golf Club and Miacomet Golf Course in bringing the U.S. Mid-Amateur for the first time to Massachusetts, a state that has a long-standing commitment to amateur golf,” said John Bodenhamer, USGA senior managing director, Championships. “The U.S. Mid-Amateur title is highly prized by the 264 players who vie for the Robert T. Jones Jr. Memorial Trophy each year and the championship’s prominence has ascended with a full exemption into the following year’s U.S. Open awarded to the champion.”

Sankaty Head Golf Club, located on the eastern edge of Nantucket Island, 30 miles south of Cape Cod, was designed by Emerson Armstrong and opened for play in 1923. The links-style course, which was restored by Jim Urbina along with current superintendent C.J. Penrose in 2017, offers views of historic Sankaty Head Lighthouse on the outward nine.

Sankaty Head, a name that is derived from a Native American word meaning highland, is also known for its caddie camp, which was founded in 1930 and is one of the last remaining in the United States. Each summer, a group of nearly 60 youths come from all over the world to learn the nuances of caddying and prepare for life in college and beyond.

“Sankaty Head Golf Club in concert with our co-host, Miacomet Golf, is honored to be named the host for the 2021 U.S. Mid-Amateur Championship,” said Richard Durkes, championship chairman. “We look forward to having the best amateurs in the world compete on the island of Nantucket in one of the most prestigious amateur golf championships. We hope our links-like environment and course conditions will provide a memorable experience for all competitors.”

Miacomet Golf Course, designed by Howard Maurer, was expanded to an 18-hole public facility in 2003 and will serve as the stroke-play co-host. The links-style course is owned by the Nantucket Island Land Bank and features rolling terrain and tall fescue. Miacomet was originally a nine-hole course and those holes were renovated in 2008.

The U.S. Mid-Amateur was first played in 1981. The championship is open to amateur golfers age 25 and older with a Handicap Index® not exceeding 3.4. The winner of the championship earns an exemption into the following year’s U.S. Open Championship. Matt Parziale, of Brockton, Mass., was the first to receive the exemption by winning the 2017 U.S. Mid-Amateur, and he subsequently earned the medal for co-low amateur in the 2018 U.S. Open.

The 2021 U.S. Mid-Amateur will be the 58th USGA championship in Massachusetts. In 2022, the Bay State will host the 122nd U.S. Open at The Country Club, in Brookline, and the 68th U.S. Senior Amateur at The Kittansett Club, in Marion.

About the USGA
The USGA celebrates, serves and advances the game of golf. Founded in 1894, we conduct many of golf’s premier professional and amateur championships, including the U.S. Open and U.S. Women’s Open. With The R&A, we govern the sport via a global set of playing, equipment and amateur status rules. Our operating jurisdiction for these governance functions is the United States, its territories and Mexico. The USGA Handicap System is utilized in more than 40 countries and our Course Rating System covers 95 percent of the world’s golf courses, enabling all golfers to play on an equitable basis. The USGA campus in Liberty Corner, New Jersey, is home to the Association’s Research and Test Center, where science and innovation are fueling a healthy and sustainable game for the future. The campus is also home to the USGA Golf Museum, where we honor the game by curating the world’s most comprehensive archive of golf artifacts.