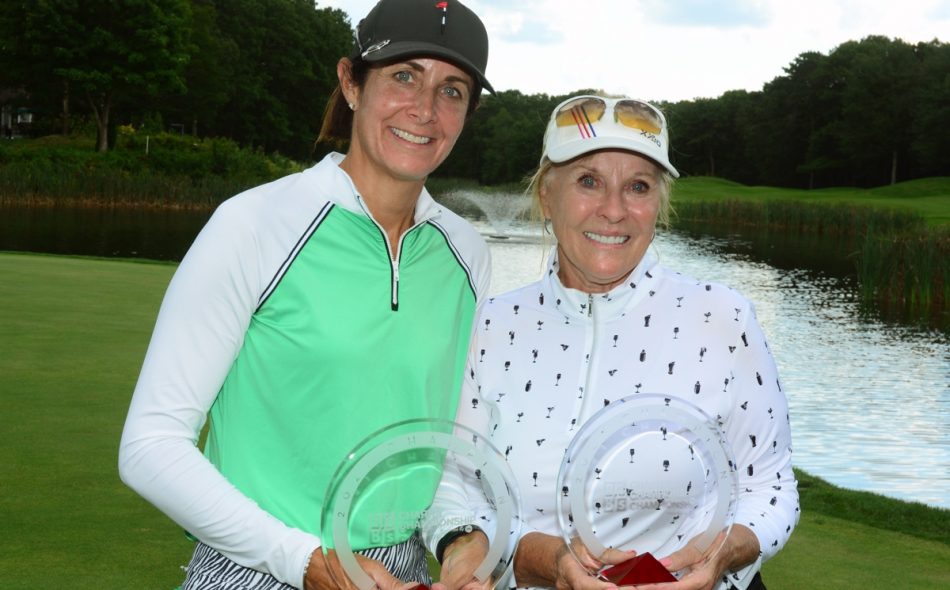 (SANDWICH, MASS. – September 10 – 2021) – When Laura Diaz, 46, got the call from World Golf Hall of Famer Jan Stephenson, 69, to partner with her in the BJ’s Charity Championship, she responded without hesitation.

“I said ‘absolutely,’” said Diaz. “It’s a great honor to be able to play with a Hall of Famer. I was thrilled that she thought of me.”

Stephenson and Diaz had never teamed up before, nor had they ever been paired together on the LPGA Tour, but they settled into a rhythm quickly at the BJ’s Charity Championship presented by P&G, dropping seven birdies on the front nine and six on the back to finish 13 under par and edge runners-up Laura Davies and Trish Johnson by one shot.

“Everything clicked,” said Diaz, who picked up her first win on the Legends of the LPGA. “Jan and I made a really great team. We got off to a great start hitting it close on the first hole and then just kept making putts from there.”

A two-person scramble, the BJ’s Charity Championship featured 24 Legends of the LPGA at The Ridge Club in Sandwich, Mass. Diaz and Stephenson were in the opening group that teed off at 9:00 a.m.

“Laura was so positive right from the start,” said Stephenson, now a four-time winner on the senior circuit. “She said to me, ‘We’ve got this. We’ve got the best pairing. We’re going to post a score and we’re going to win.’”

The pair led by three at the turn and were threatened late in the round by 2018 champions Johnson and Davies who were playing in the second to the last pairing. Diaz and Stephenson posted 13 under and watched as Davies and Johnson dropped birdies on holes 15 and 17 to creep to within two shots heading into the par 5 18th.

“They made our hearts beat a little at the end there,” said Diaz. Johnson hit her second shot to 20 feet for an eagle chance that neither she nor Davies could convert. It would have forced a playoff.

For the win, Diaz and Stephenson each earned $17,500 and the hardware – but they’re celebrating this trip to the winner’s circle a little differently.

“I’m going home to my babies,” said Diaz, a mother of two.

“Well, I’m hitting the bar with everyone here,” laughed Stephenson. “So I’ll take care of the hosting duties.”

Click here for the final scores and purse breakdown.

For more on Legends of the LPGA, visit http://www.legendsofthelpga.com.