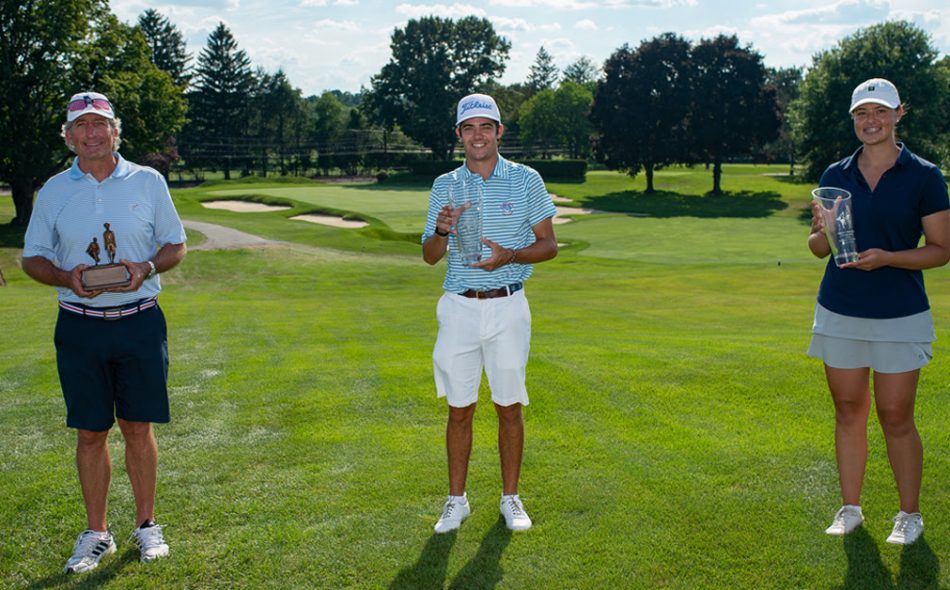 According to Kevin Eldridge, Mass Golf’s Director of Rules and Competitions, about 60 championship events, including 18-hole qualifying rounds, are being scheduled, and they will take place at 63 different Mass Golf Member Clubs. In total, more than 4,600 registrations are expected. “This year’s lineup of championship events and qualifiers wouldn’t have been possible without the support and dedication of all our host clubs,” Eldridge said.

“As we enter into what we plan to be a full season of Mass Golf events, we remain committed to maintaining the level of care and attention put towards keeping our competitors, volunteers, host club personnel, and staff safe,” said Jesse Menachem, Mass Golf Executive Director/CEO. “Statewide and nationally, golf was recognized as a safe recreational activity during times of great restriction and we are confident that we will keep this positive momentum surrounding the sport going into the 2021 season.”

Online registrations for 2021 Mass Golf events will begin in early March. Additional details surrounding the new registration platform and the registration open dates will be provided in the coming weeks.

As has been customary in the past, the Massachusetts Four-Ball Championship will lead off the Championship season when the competition takes place May 11-12 at The Golf Club at Turner Hill & Ipswich Country Club, both located in Ipswich. The popular two-person stroke-play event dates back to 1981, and since it was canceled last year due to COVID-19, this year will mark the 40th playing of the event. Teams must have a combined Handicap Index not exceeding 6.0.

Nick Maccario and Mike Calef, who will play in the 2021 U.S. Amateur Four-Ball Championship in late May, are the defending champions. They won the 2019 title at The International Golf Club with a score of 14-under.

“We’re expecting a good amount of excitement around this event as it’s always one of the biggest of the season,” Eldridge said. 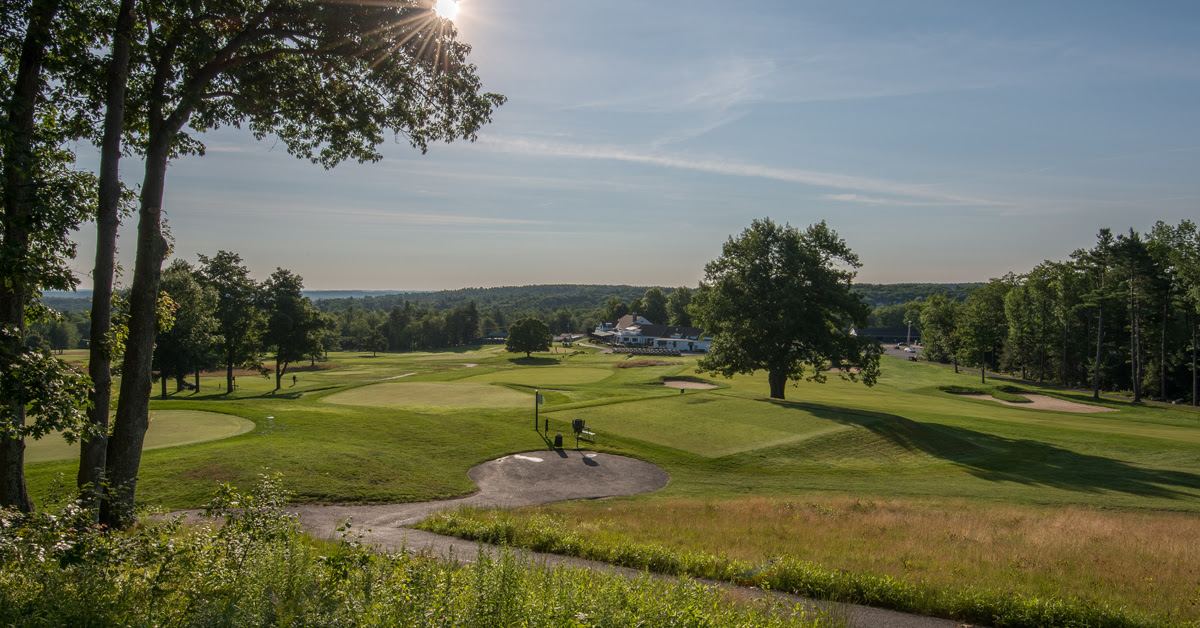 The 111th Massachusetts Open will take place from June 14-16 at Oak Hill Country Club in Fitchburg. The Championship was canceled last year due to COVID-19. (FILE-DAVID COLT)

to The first two days of June will see the Massachusetts Senior Four-Ball Championship return to the schedule. Foxborough Country Club and Walpole Country Club will split hosting duties after both were scheduled host the event last year.

The Championship dates back to 1997 and was last won by Kevin Carey and Joe Walker in 2019 when it was hosted by Willowbend and Wianno Club, both located on Cape Cod.

From June 14-16, the historic Oak Hill Country Club in Fitchburg will be the site of the 111th Massachusetts Open. The tournament was set to take place at Taconic Golf Club in Williamstown last year but was canceled last year due to COVID-19.

Oak Hill will be celebrating its centennial anniversary this year and has previously hosted the Mass Open six times. Gene Sarazen won the 1935 Mass Open at Oak Hill the same year he completed the Career Grand Slam of golf majors by winning the Masters.

Qualifying for the Open will begin May 17 at Kernwood Country Club in Salem and continue throughout May and June in the lead up to the Championship Proper.

The weeklong Massachusetts Amateur will run from July 12-16 and will be hosted by Brae Burn Country Club for the 11th time in its history and the first time since 1991. Matthew Organisak outlasted Nick Maccario in a thrilling 36-hole match last year to win the Mass Amateur at The Kittansett Club, but Maccario has a special history at Brae Burn. Maccario, the 2020 Mass Golf Player of the Year, won the 2019 Massachusetts Mid-Amateur at Brae Burn by a commanding 15 strokes and set a competitive course record with an 8-under-par 64 in the opening round.

Qualifying will begin June 3 at Brookline Golf Club and will continue across the state throughout the month.

Meanwhile, the Women’s Amateur Championship will add a new host site to its storied history. Plymouth Country Club will be hosting the longest-running event in Mass Golf history when it hosts the Women’s Amateur for the first time from August 9-12. The last two winners were incoming college freshmen, Angela Garvin (2019, University of Maryland) and Allison Paik (2020, Columbia University). Paik defeated her soon-to-be college teammate Anne Walsh in last year’s final match, 8 and 7, at Essex County Club.

Plymouth, the annual host of the Hornblower Memorial Tournament, is also the home course of Mass Golf Hall of Fame inductee Joanne Goodwin, one of the state’s top female amateurs in the 20th century. Goodwin won the Mass Women’s Amateur four times and added a pair of victories in the New England Women’s Amateur Championship.

“Both Brae Burn and Plymouth are proud supporters of amateur golf throughout the state,” Eldridge said. “Both events will be filled with some fantastic golf as the best from all around the state will compete at the highest level.” 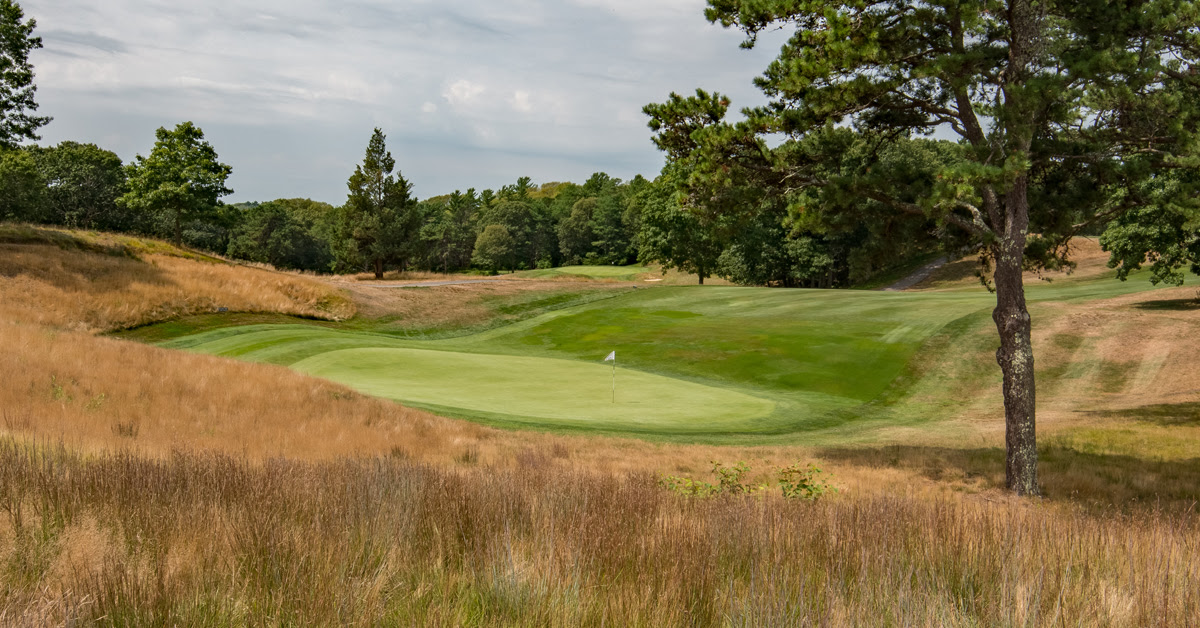 For the first time in its history, Plymouth Country Club will host the Massachusetts Women’s Amateur Championship. Players will be treated to speedy greens and lush, fescue-lined fairways. (FILE-DAVID COLT)

ALSO ON THE SCHEDULE

The Ouimet Memorial Tournament, which features competitions for both men and women for a three-day stretch, will take place July 28-30 at Charles River Country Club and Woodland Golf Club, marking the 19th time the Newton-based clubs have co-hosted in the tournament’s 54-year history. Charles River will host the first two rounds, and the final round, as always, will be played at Woodland. Charles River, which is also celebrating its centennial anniversary this year, has several close ties to golf legend Francis Ouimet. Ouimet was the first honorary member of the club and often brought notable figures to the club during his lifetime. 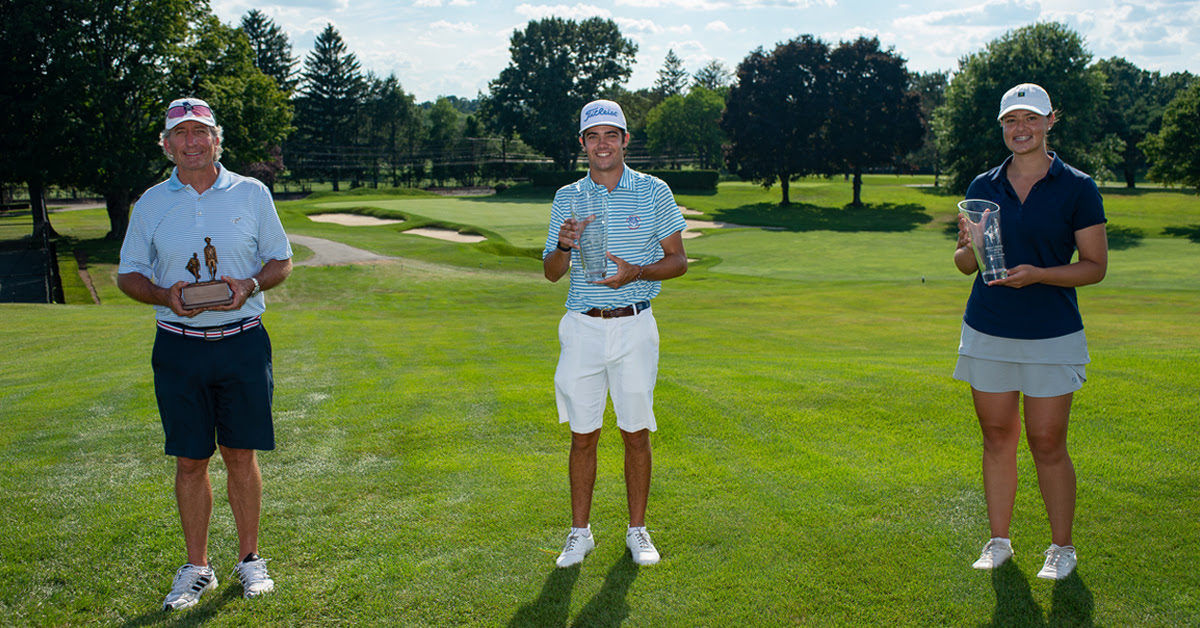 Mid-summer Championships also include the popular Massachusetts Amateur Public Links Championship and Massachusetts Mid-Amateur. The Amateur Public Links is scheduled for August 17-18 at Westover Golf Course located just outside Westover Air Base in Granby. Bill Drohen won the title last year for the fourth time in his amateur career, but it was his first since 2007.

The Mid-Amateur will take place September 9-11 at Weston Golf Club, the site of the 2019 Massachusetts Women’s Amateur. Arthur Zelmati stormed back from 7 strokes down in last year’s Championship Proper at GreatHorse and outlasted Matt Parziale in a 3-hole playoff to take home his first Mass Golf title.

Senior events on both the Championship and Women’s Championship will stretch between August to October and be held at historic sites.

The schedules for the 2021 Member Days, Parent/Child Tournaments, and Women’s Tournaments will be posted in the coming weeks.

The Enduring Legacy Of Francis Ouimet’s