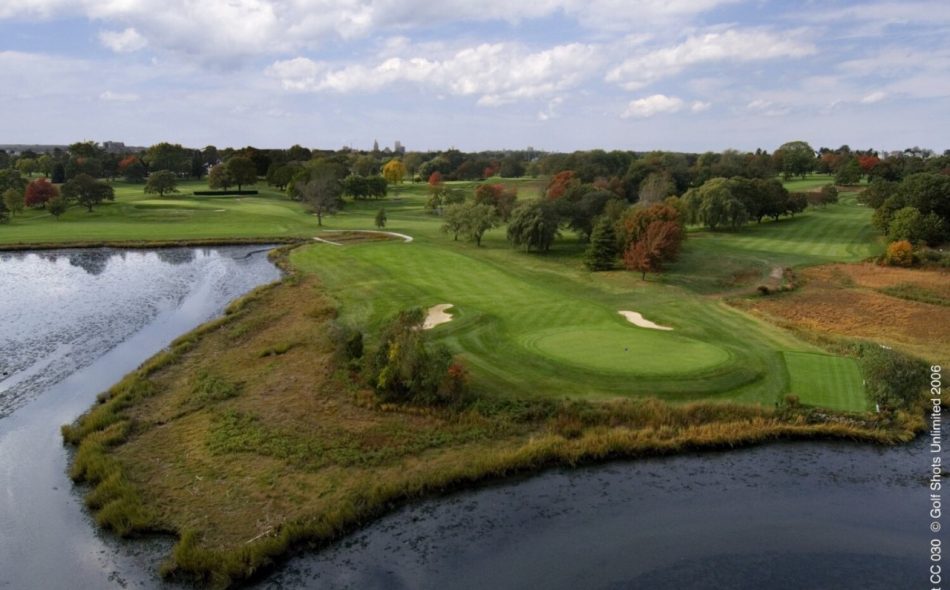 On Thursday, February 20, 2020 at 8:47pm, Metacomet Country Club was pronounced dead.  Welcome to the world of private golf in the State of Rhode Island.  We need to take the time and do an autopsy and discover who murdered one of Rhode Island’s most iconic golf courses.  For the last week or so, the new ownership group, and particularly RI icon Brad Faxon, has all the fingers pointing at them.  Is that fair?

Newport CC is one of the Original 5 clubs in America, plus Rhode Island CC, Wannamoisett, Sakonnet & Metacomet. How does it get better?! https://t.co/Fq8ORePdj1

A little background first.  I was a member of “the Met” for 12 seasons, from 2005 through 2016. When I joined the club, it had a robust membership and was very healthy.  The condition of the golf course was second to none, never mind in Rhode Island, in the entire northeast of the country.  The level of play at the club was incredible as close to 50% of the membership were single digit handicaps.  Read about their 2016 club championship here: The Toughest Tournament in Rhode Island.

As the economy soured towards the end of the decade, private country clubs began to struggled to retain current and attract new members. I wrote a column back in February of 2016 promoting the reasons to join a private club, hoping it could convince avid golfers who were playing daily fee courses to consider joining.

By request, the charming and underrated Metacomet Country Club. The course was built by Donald Ross in 1924 on just 105 acres, and as he did at nearby Wannamoissett, Ross packed enormous interest and challenge into this petite plot of land. The greens are truly outstanding. pic.twitter.com/uHbgm1HCb1

Clubs needed to get creative.  Needed to think out of the box.  But in most cases, they took the easy way out and just decided to lower dues and completely remove initiation fees.  A handful of clubs in the state went this route, and Metacomet followed suit.  Other clubs ran radio and TV ads, openly promoting their new “aggressive” pricing.  This solution worked for them, but Metacomet had an identity issue.

The Metacomet Board was unwilling to “publish” its entry level prices during their commercials or on their website “because private clubs do not do that.” Anyone interested had to take the extra step of calling the club to discover their prices compared favorably with these competitive clubs.  This was a critical error.

The Board members controlling the club wanted it to still remain a top-tier exclusive club but the lack of initiation fee opened up the application to members without commitment.  Without that initiation fee, “transient members” could bounce club to club looking for the best deal, or to the deal they saw on their television during the Saturday and Sunday pro golf broadcast.

Eventually, because the Board would do nothing creative to attract new members, the membership began to dwindle.  The membership was an older membership to begin with, and for reasons every club faces,  it began to lose a significant number of members without replacing them.  To handle the money crunch that followed, the Board’s first solution was to begin cutting the budget all over the place including, regrettably, the golf course.  This created a negative vibe causing more members to leave.  At that point, the Board was forced to implement assessments just to cover operating expenses, and to start having outside outings on weekend afternoons. These last two items were the reason I no longer could remain there.

Four guys play Metacomet GC… one of them is a Hall of Famer 👀 pic.twitter.com/QTb6ekHHN9

Metacomet became a bad investment.  More and more money, worse and worse conditions, and finally less access to the golf course.  I would argue that by 2014, Metacomet was in a downward spiral that it could not recover from.  Adding insult to injury, the Board, and as it turns out, the previous two Boards as well, were not being forthright with the voting membership about the dire financial situation the club was in.  Their reasoning was if the members knew how bad it was, more would quit.  Justifying lying to your fellow members about how you are spending their money is just plain wrong.

Fast forward to 2019.  Because of the mismanagement of funds and lack of transparency, Metacomet faced something is could not defeat…the tax man.  The “leadership” had fallen eight quarters behind on their property taxes and the town was threatening a tax auction.  The membership had no idea how far behind the taxes had fallen (as well as finding out later they were a few hundred thousand dollars behind paying vendors, who were now shutting them off.)  Because of this desperate situation, the Board decided to list the club up for sale, the alternative being bankruptcy.  Any sale would have to be approved by the voting membership.

This is where things get a little clouded.  The Board created a five person vetting committee, made up of the President, Vice President and Treasurer of the board and two other voting members, to review incoming bids.  Although there were several excellent attorneys available within the voting membership, they were not chosen to be part of the committee.  This was a fatal flaw that would have protected the membership’s interest throughout the process, especially since the eventual buyers had years of experience with mergers and acquisitions.

This committee came to the voting membership with ONE proposal. They mentioned a second bidder but did not give the voting members a chance to review that proposal.  In essence, they had already decided to chose the bid from the Faxon group with the message “approve the sale to this group or we file for bankruptcy.”  The voting members had a gun to their head. Plus, a handful of members had a relationship with Mr. Faxon and if they did not approve the sale, bankruptcy meant the club would close immediately.  Approving the sale would keep the grim reaper at bay. (There were rumors that at least two other interested parties were told by the vetting committee “do not bother submitting a bid.” If this is true, it is exponentially worse.)

What is the correct amount of grip pressure when putting?

I break it down in my newest YouTube video. Check it out: https://t.co/2Gwsk5rwHL

Don’t forget to subscribe to my channel. Once I reach 1,000 subscribers, @Titleist and I are giving away 6 DOZEN golf balls! #putting ⛳️ pic.twitter.com/8mBswxXxA1

In their proposal to the committee, the Faxon group clearly stated the following two items:

There was no bait and switch here.  They were going to allow public play, limited but not clearly defined, and they were going to bulldoze some holes.  Clear as day.  The “other” proposal had similar language about daily fee play and had absolutely no mention of touching the golf holes…they were going to keep the 18 holes in totally in tact.

From a member standpoint, the “other” proposal was definitely a better choice, had they truly been given one.  The golf course would NOT be sacrificed in any way.

Also, in the recent previous sales of two nearby local private clubs, there were contingency clauses placed in their sales agreements stating the clubs had to remain private 18 hole clubs for five years and ten years respectively.  No such clause was placed in the Metacomet agreement. Maybe having an attorney on the committee might have helped?

She was sold to the one and only bidder.

The new owners ran the club for one season.  During that time, they incurred significant losses (lesser losses than the club had been incurring for the previous few years because of daily fee play I am sure, but losses none the less) and dealt with the headaches associated with daily fee players interacting with members.  It was a catch-22. The dues being charged were too much for a semi-private course, and lowering them to the correct level would require allowing the daily fee more access to the course, further infuriating the members that remained.

After owning Metacomet for less than nine months, the Faxon group informed the membership they would be selling the club to another entity, and that entity would be potentially destroying the golf course and building residences.  Although they did paint a somewhat rosy picture of bringing Metacomet back to its glory, the group had every intention of building condos where some of the current holes were.  Instead, given a chance to get rid of the “headache” they bought and make a tidy profit while doing it, they chose to sell. They made the absolute CORRECT business decision.  Any smart business man would have done the same thing.

They did not kill Metacomet.  Metacomet was dead when they bought it. One could argue Mr. Faxon’s group kept it alive for two additional seasons…without them would it even have opened in 2019?

Metacomet was killed by a lack of leadership for the previous 8 years.  Individuals who, instead of trusting their fellow members, chose to hide the financial peril the club was in.  Individuals that filled board seats with friends who were willing to assist them in keeping this non transparent environment.  And most egregious, these individuals refused to change the way the club attempted to attract new members and continued to put policies in place that drove quality members away.

The one positive I hope can come out of this: Other private clubs, not just in Rhode Island, can learn from these mistakes.

First, keeping your membership happy is your single largest priority, and in this day and age when disposable income for country clubs is at a premium, give your members more and more every year for their dollar, not less and less.

Second, learn to nurture a membership.  Aggressively recruit young adults by making it affordable to join before they start families and get caught up in careers.  Bring them in and hope they love the place and decide to stay as they have families and grow their careers.  They will not all stay, but some will. They are your foundation for the future.

Third, be creative in luring established families to your club.  Being the cheapest club in town is not the answer.  Your club has to have that special “it” that is going to make people want to be there.  Establish what makes you different…what makes you better…and then keep improving it.

Metacomet had “it” and lost “it.”  They have proven it can happen to any club.

My memories of “The Met” will always be great ones.  The brilliance of Donald Ross’ design on that side hill rocky postage stamp of land will never be recreated. (Let’s be honest, no modern golf course architect would even try!) The lifelong friends I made while playing the game I love will mourn the loss with me.  We will always wonder if something could have been done to save our beloved course.

Autopsy complete.  Metacomet was murdered…but it was a suicide, not a homicide.

Hard to believe that Metacomet is going to no longer be a part of the golf world. I’m lucky to have called it home for almost a decade. pic.twitter.com/7tSAOcWNJg


Registration For The PGA Jr. League Is Now Open