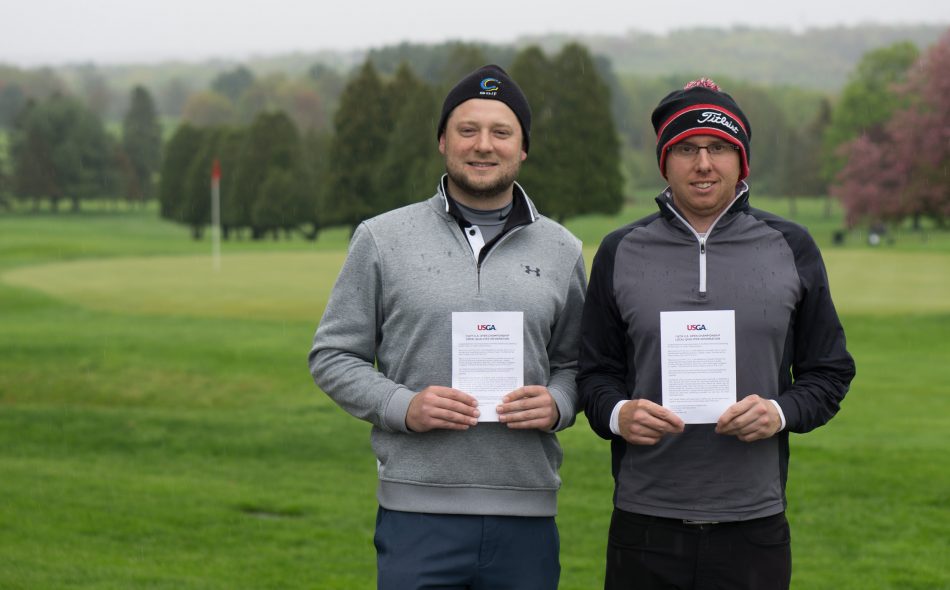 TROY, N.Y. (May 13, 2019) – Rotterdam native Bryan Bigley carded a 2-under 69 to finish as medalist during Monday’s U.S. Open Local Qualifying Round at The Country Club of Troy.

Bigley, who competes on the Web.com Tour and now resides in Charlotte, North Carolina, has frequently returned home for U.S. Open local qualifying since turning pro.

Jeffrey Schaller of Kingston, who’s the head professional at The Twaalfskill Club, and Jean-Philip Cornellier of Canada, both shot even-par 71 to secure the second and third advancing spots into sectionals.

Six players were tied at 72 and faced off in a 6-for-2 playoff to decide the alternate spots. The group included Hiland Park Golf Professional Scott Berliner of Lake Luzerne, Blake Hinckley of Pennsylvania, and amateurs Alexander Bringsjord of the host club and Troy resident, David Iaderosa and Marc-Olivier Plasse of Canada.

The playoff began on the 10th hole, where Deforest and Plasse made pars while the rest were unable to convert. The duo then moved on to the 18th hole at Troy, where they matched shots into the green and left themselves with identical 12-foot putts for birdie.

Plasse went first and just missed his putt, while Deforest sunk his birdie to capture the 1st alternate position.

The USGA reported that 9,125 entries were submitted for this year’s U.S. Open Championship, which will be conducted June 16-19 at the iconic Pebble Beach Golf Links.


Duo Holds on in Final 18, Captures First Title As a Team in Mass Golf Play