Tim Quirk Hired as New Director of Golf at Leatherstocking Golf Course at The Otesaga Resort Hotel in Cooperstown, N.Y. 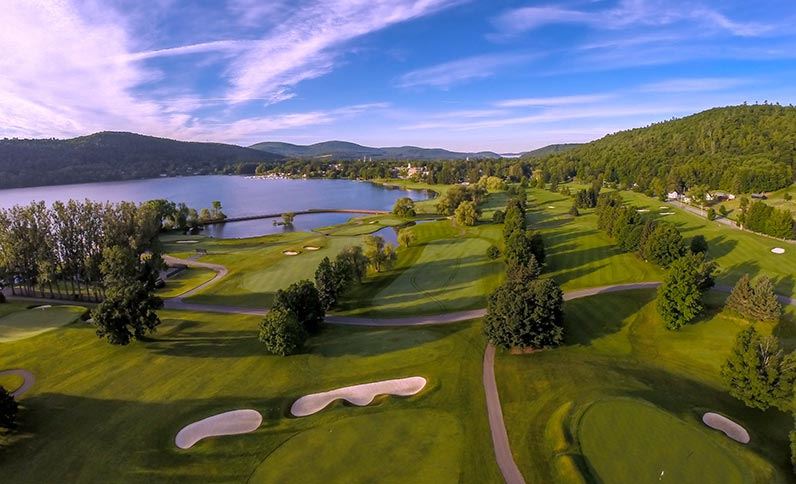 COOPERSTOWN, NY — PGA Professional Tim Quirk has been hired as the new director of golf at Leatherstocking Golf Course at The Otesaga Resort Hotel in Cooperstown, N.Y.

“We’re sad to see Dan leave us after so many years but are thrilled that we’ll have some transition time,” said Jim Miles, General Manager and Chief Operating Officer at The Otesaga. “Dan’s will be big shoes to fill, but we know that Tim’s up to the challenge and look forward to seeing how he leads Leatherstocking into its next chapter.”

The Leatherstocking Golf Course sweeps along the western edge of Lake Otsego in the quintessentially American town of Cooperstown — home to the National Baseball Hall of Fame and Museum and the historic home of James Fenimore Cooper, author of the legendary Leatherstocking Tales.

The course welcomes guests of The Otesaga; its sister property, The Cooper Inn; local residents; and visitors to the village of Cooperstown.

“I remember when I first moved here, my first Induction Weekend, my youngest boy was 8 years old, and I see him out playing golf with Jim Palmer and Joe Morgan. I said, ‘Wow, that’s amazing.’ I don’t think he realized what was happening at the time, but he looks back on it now and feels very fortunate.”

Designed in 1909 by Devereux Emmet and offering panoramic vistas from almost every hole, Leatherstocking GC is considered one of the East’s most scenic and challenging resort golf courses. A prolific course architect in the early 1900s, Emmet also designed former U.S. Open site Congressional Country Club.

“I consider Leatherstocking to be one of the most iconic golf facilities and resorts in the country,” Quirk said. “To be able to look at this lake every day out of the pro shop window is pretty exhilarating.”

A PGA Professional since 1997, Quirk, 51, comes to Leatherstocking GC from Longmeadow Country Club, one of the premier golf clubs in Western Massachusetts, where he was the PGA Head Golf Professional for nine years.

Quirk said his family — he and his wife, Erin, have two children, Drew and Ally — has owned a second home in upstate New York, about 20 miles from Cooperstown, for the last decade.

“I just fell in love with Cooperstown,” he said. “Whenever I could get a couple days off, we’d come here and wouldn’t even stay at our house; we would stay at the Otesaga Hotel just because we loved Cooperstown so much. We loved the golf course and we loved the town. This is where we decided we wanted to spend the rest of our days.”