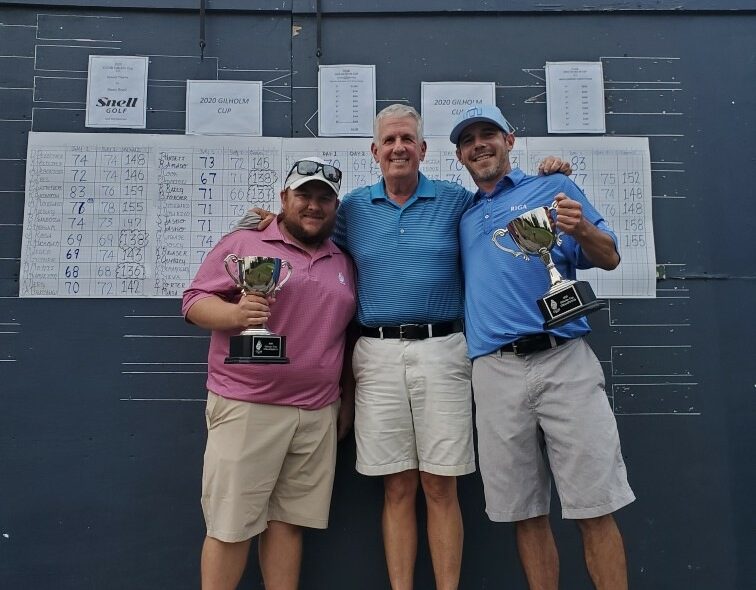 Two beautiful days were enjoyed by the amateur golfers as 42 teams battled for the 36-hole, best ball of 2 Gross Stroke Play Championship.

Tied for the first-round lead on Saturday with 2019 Champions Jason Cook (Brockton CC) and Paul DeBortoli (Reservation GC) at three under par 67, the front nine on Sunday included four critical holes which turned the tide for the eventual winners.

Kevin Silva birdied hole #5, the toughest on the course, with a 6ꞌ putt after a spectacular 2nd shot, and then drained another birdie putt on the par 4 sixth hole.

On the tricky par 3 seventh hole, Ryan Hemingway hit a 4 hybrid to 5ꞌ and knocked it in for a birdie.

On the par 4 eighth hole, Ryan 2 putted from 65ꞌ for a critical par save.

Ryan finished things off on the par 4 16th hole by wedging to 5ꞌ and making birdie to ensure victory.

This is the 2nd Gilholm Cup victory for Kevin Silva as he won in 2017 with Patrick DeBortoli.

Kevin grew up at CCNB and went on to an illustrious junior and college career before turning pro.  He has played in two U.S. Opens and won the RI State Amateur Championship in 2015.

Finishing in 2nd place was the team of Matthew Montt (Plymouth CC) and Michael Hamilton (Kirkbrae CC) with a steady 68 – 68 = 136, four under par.

In third place were teammates Ryan Riley (Thorny Lea CC) and Bill Forcier (Wannamoisett CC) with a 3 under par 71 – 66 = 137 which included the best score on day 2.

The 20-year tournament was named for John Gilholm, the legendary CCNB Golf Professional for over 40 years. 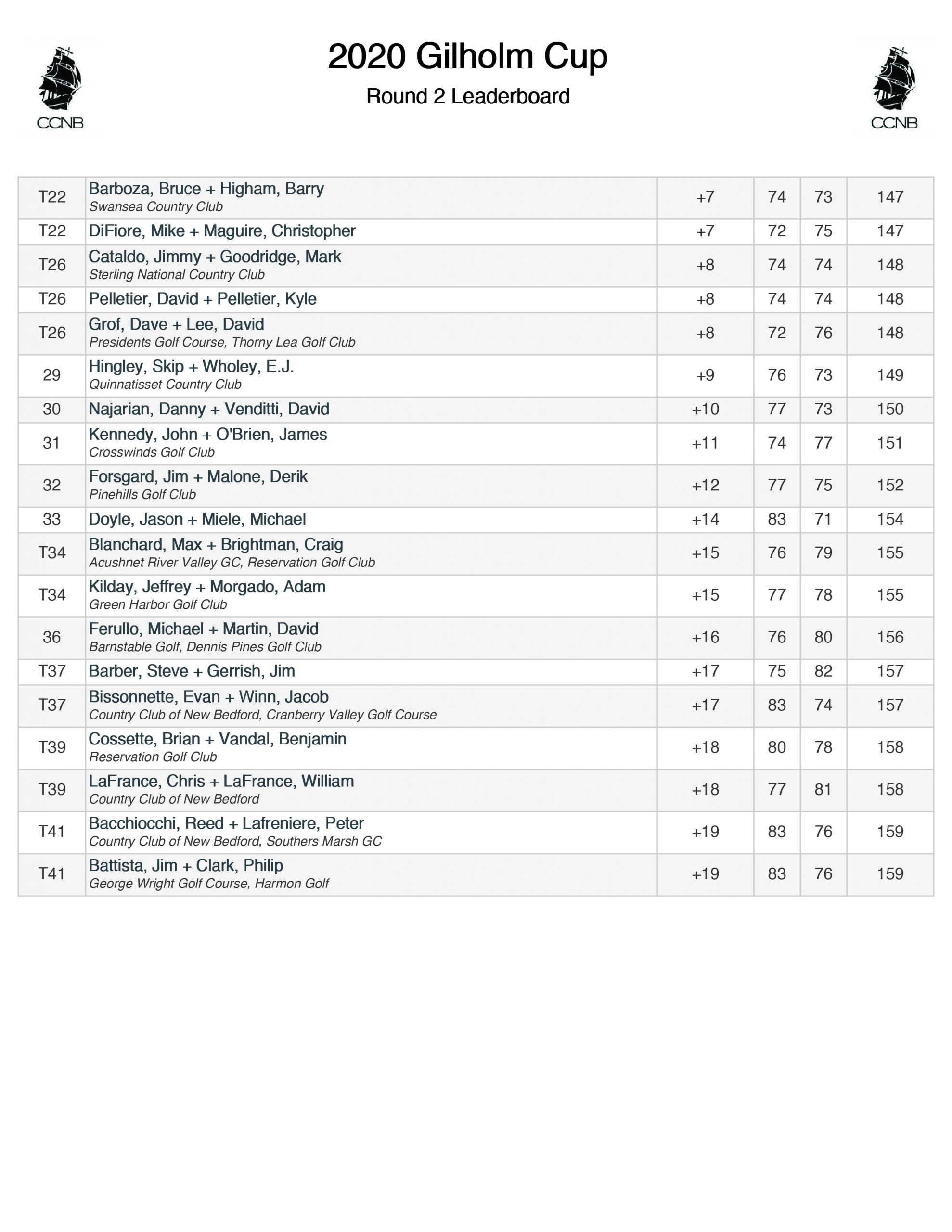 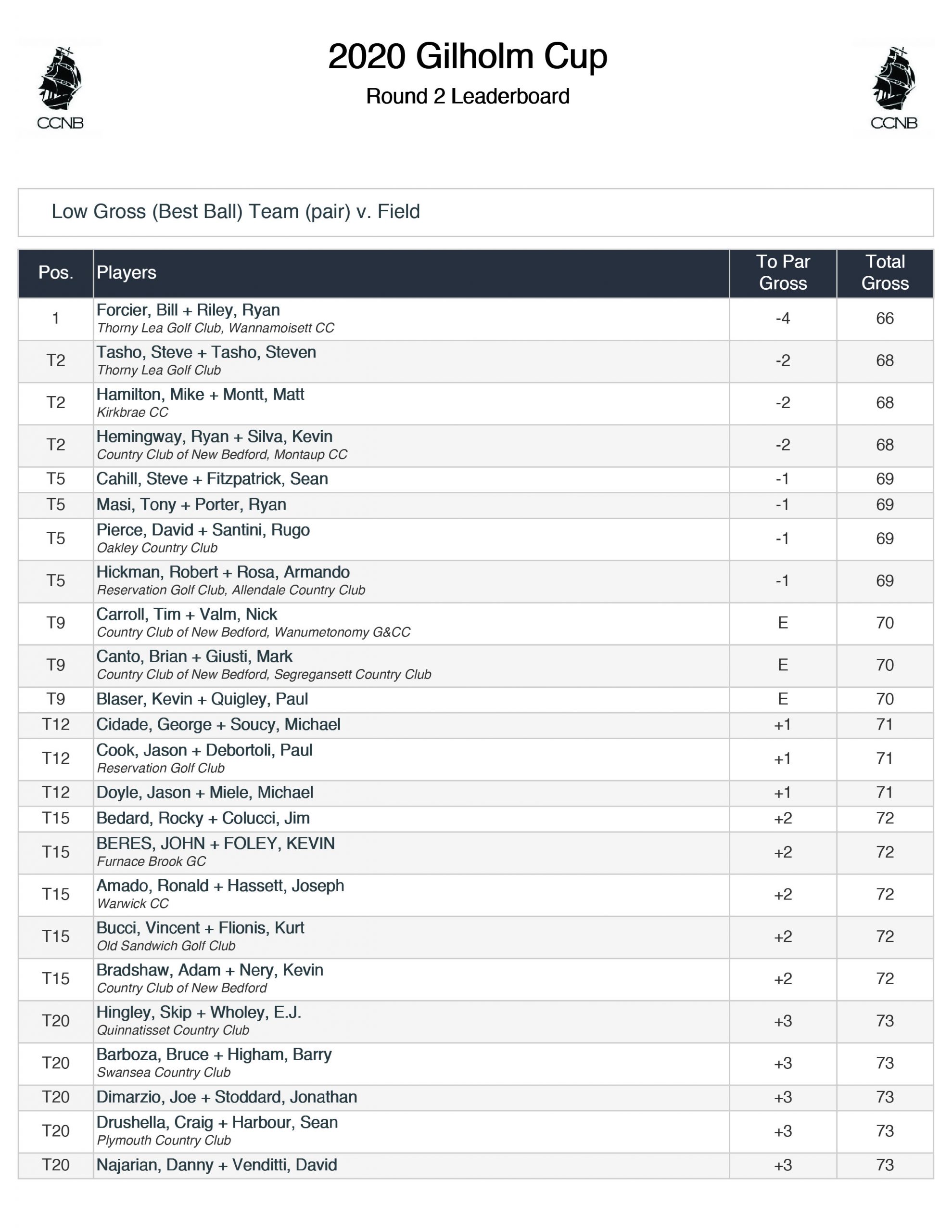 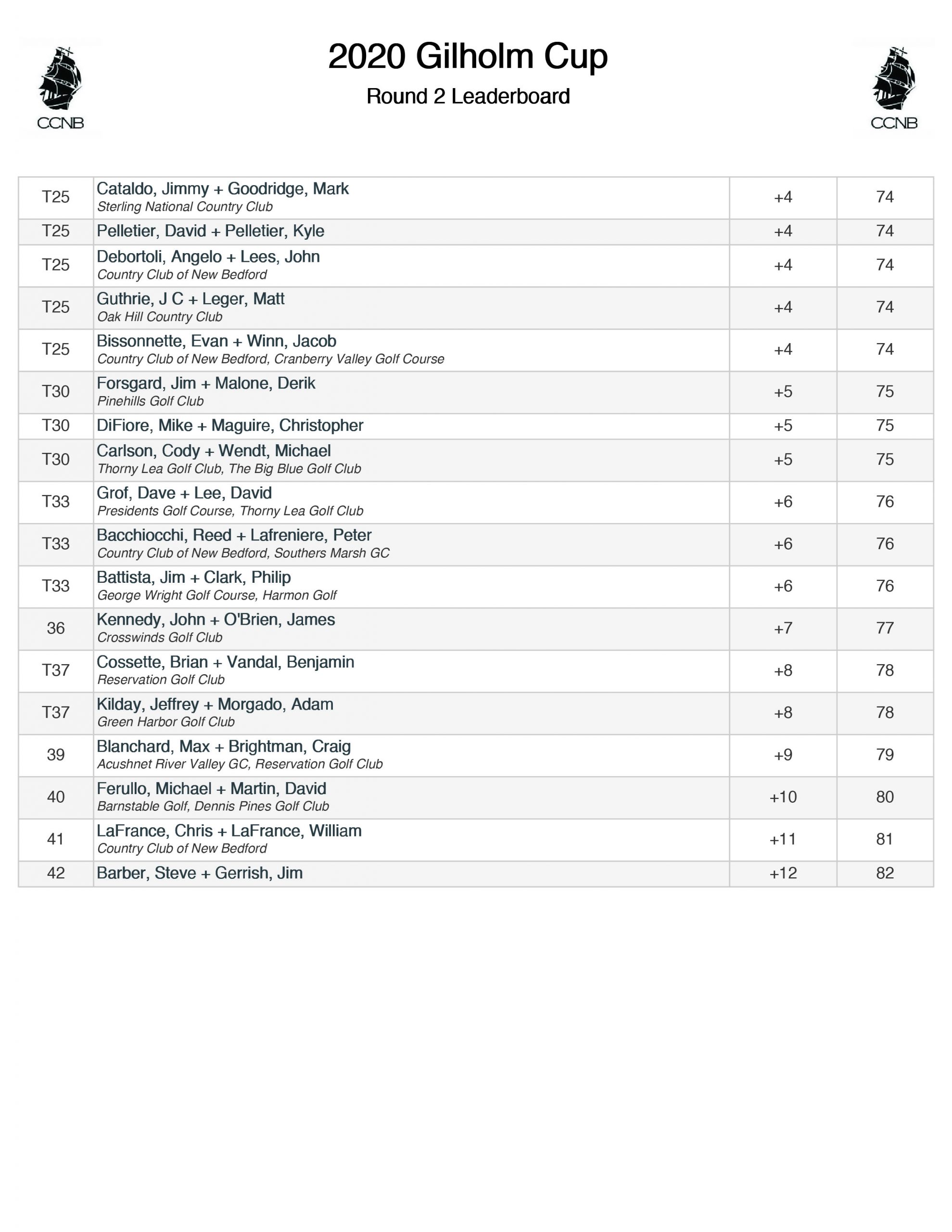 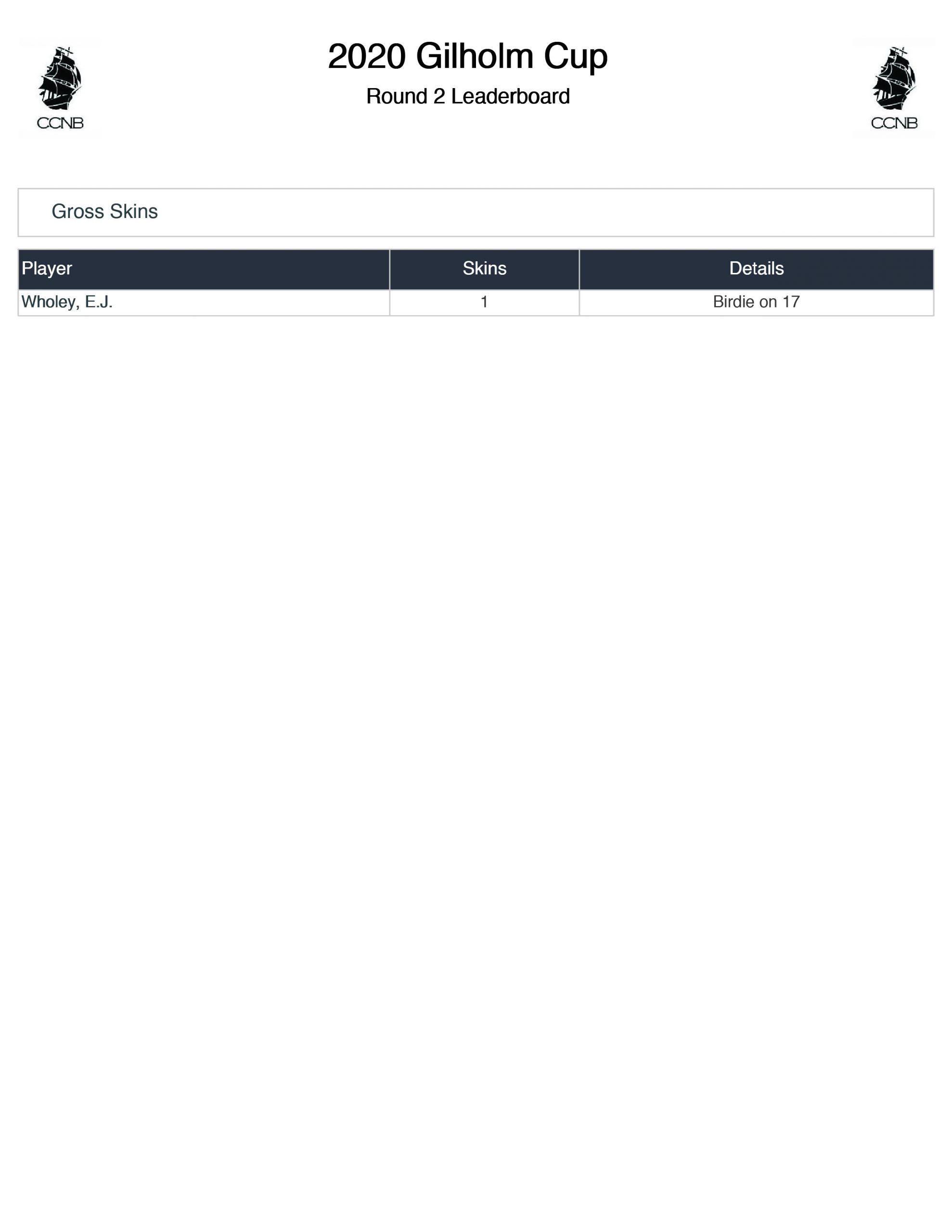 
Blur The Line Between Life On The Course, and Off