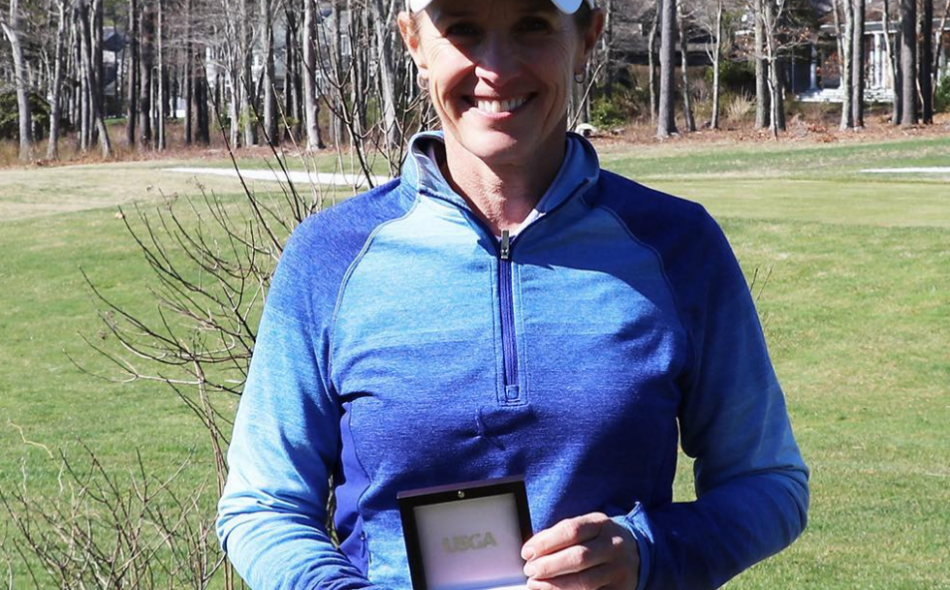 MATTAPOISETT, Massachusetts – Last summer, history was made when the inaugural U.S. Senior Women’s Open Championship was held at Chicago Golf Club – a milestone event that saw Laura Davies run away with the championship by finishing with a 10-stroke margin of victory.

Nine months later and the attention turned to the 2019 championship season, five women earned the right to try and make their own history at this year’s U.S. Senior Women’s Open championship by qualifying Wednesday at The Bay Club at Mattapoisett – the first of 17 sectional qualifiers to be held across the United States.

Behind a 2-under 69 performance on Wednesday, Hingham’s Pam Johnson, an LPGA Tour Division Member and the current Ladies Clinic Instructor at both Black Rock Country Club and Hatherly Country Club, finished atop the leaderboard to earn medalist honors and net her first career berth in the U.S. Senior Women’s Open Championship, being held at Pine Needles Lodge and Golf Club in Southern Pines, North Carolina from May 16-19.

Johnson will be joined by fellow qualifiers Laura Shanahan Rowe (Hampton, NH), Catherine Panton-Lewis (England), Susan Bond-Philo (Jacksonville, Fla.) and Marie Therese Torti (Canada), the latter of which won out in a one-hole playoff to capture the final qualifying spot Wednesday. Torti was also awarded the low-amateur medal with her 6-over 77 finish.

“It’s exciting,” said Johnson on qualifying for the 2019 Senior Women’s Open. “I’ve had a big break in playing since I had my daughter Jillian and today was the first day that she has seen me play tournament golf, which never really dawned on me until the first hole. She’s on vacation so she got to come around and my husband [Chip] was on the bag. It was fun. It was a family affair.”

Playing in her first competitive tournament since the 2008 LPGA Corning Classic, Johnson showed no signs of rust, bouncing back from two early bogeys on the par-3 fourth hole and the par-5 sixth hole by birdying four of her final 11 holes to best the field. Johnson edged second place finisher Laura Shanahan Rowe, the 2001 U.S. Women’s Mid-Amateur champion, by five strokes.

“I hit some close. On eight, I hit it fairly close to eight feet and made a nice putt and then I hit it to three feet on nine, which was playing really hard with the wind,” explained Johnson following her round. “I made two fairly longer putts on the back nine. One on 18. I putted pretty well. I still felt kind of nervous from not playing any competitive golf recently.”

ABOUT THE U.S. SENIOR WOMEN’S OPEN

Fundraise as a family through Jimmy Fund Golf


5 Bay Staters to Compete at U.S. Women’s Amateur This Weekend!