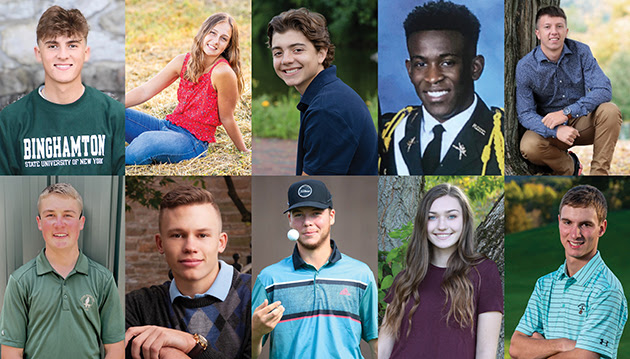 These college students will join twenty others who are already fund recipients, totaling thirty-one who will benefit this upcoming year.

These college students will join twenty others who are already fund recipients, totaling thirty-one students who will benefit from NYSGA scholarships this upcoming school year.

The NYSGA also added a new initiative in 2021, the Foundation Membership Program, which raises money from club members or individuals to fund scholarships for NYSGA member club employees. The purpose of the program is to support deserving students while also helping our club’s facilities attract and retain employees.

“I am very excited to promote our newest charitable initiative, the Foundation Membership Program. We believe it will help us reach our goal to grow the NYSGA Scholarship Fund not only in dollars but also in the number of recipients we are able to award,” said Kara Cushman, the NYSGA’s Foundation Manager. “We are hoping to get to a point where we raise enough money to support every eligible student who applies. This program will get us there.”

Click here to learn more about the new NYSGA Foundation Membership Program and how both individuals and clubs can support this valuable program.

The New York State Golf Association is an association of member clubs, represented by over 130 committee members, and exists for the purpose of promoting and conserving the traditions of golf throughout New York State.  Each year since its founding in 1923, the NYSGA has conducted New York State’s Amateur Championships.  The NYSGA also conducts qualifying for the United States Golf Association Championships and runs a series of popular handicapped events known as the Amateur Series. In addition to conducting tournaments, the NYSGA provides member services including handicapping, course measuring and rating, scholarships, training, rules education, marketing opportunities, and communications. The NYSGA also oversees and selects membership in the New York State Golf Association Hall of Fame which recognizes and enshrines accomplished golfers and volunteers statewide.


The Top 3 Reasons Everyone Should Play Golf