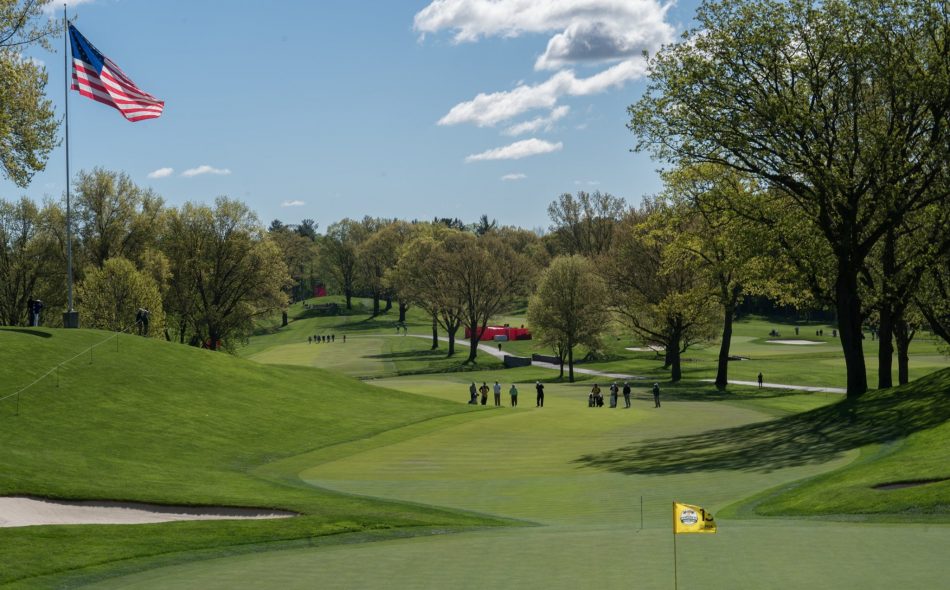 ROCHESTER, NEW YORK — Storied Oak Hill Country Club in Rochester, N.Y., which welcomes the 2019 KitchenAid Senior PGA Championship from May 21-26, boasts a claim that no other club in the world can make.

The PGA Championship returns to Oak Hill in 2023.

Host city Rochester is steeped in golf history and tradition. One of the game’s most legendary figures, Walter Hagen, began caddying at The Country Club of Rochester when he was a just boy. The roster of professional and amateur tournaments played in this vibrant upstate New York destination is remarkable. In 2013, Rochester became the only city in the U.S. to host both the PGA and LPGA Championship tournaments in one summer.

From 1977 to 2014, the world’s best women golfers competed in the Wegmans LPGA Championship at Locust Hill Country Club, a premier stop for the tour. In 2014, Rochester hosted the Wegmans LPGA at Monroe Golf Club and the following year, a new tournament in Rochester was added to the LPGA Symetra Tour — the Danielle Downey Classic at Brook Lea Country Club.

Golf fans coming to Rochester should be sure to pack their clubs, as they will enjoy more gorgeous golf for less money in the Rochester area than in any other American city. Golf Magazine ranked Rochester as the No. 10 “Best Golf City in the U.S.” — and No. 1 for Golf Affordability. A true golfer’s paradise, Rochester and the Finger Lakes offer more than 60 accessible courses, all within a 45-minute drive from the center of the city.

Designed by legends and up-and-coming architects alike, the courses range from championship semiprivate clubs to heavily played municipal layouts. A trio of New York State’s most highly regarded public golf courses are in the region: Ravenwood, Greystone and Bristol Harbour Resort. And in Rochester, unlike most major golf areas, there are almost no long commutes or waits for a tee time.

Native son Robert Trent Jones, born in East Rochester, was a prolific designer who created hundreds of golf courses throughout the world, but his earliest efforts were on home turf. Known as the “father of modern golf-course architecture,” the first Jones-designed course is Midvale Golf and Country Club in Rochester. He also designed the course at Bristol Harbour and redesigned the second nine holes at Durand-Eastman Park, as well as refining the original Donald Ross designs at Oak Hill and the Country Club of Rochester.

After a round or two of golf, visitors can find entertainment, shopping and dining for every taste — from family friendly to the coolest kind of “19th Hole” nightlife — or just relax at one of Rochester’s luxurious hotels. With museums, restaurants, public market, and proximity to the Finger Lakes, Genesee Valley and Niagara Falls as assets, little wonder Rochester consistently ranks as one of America’s favorite and friendliest cities.

Learn more about Rochester golf and playing options at VisitRochester.com/golf.