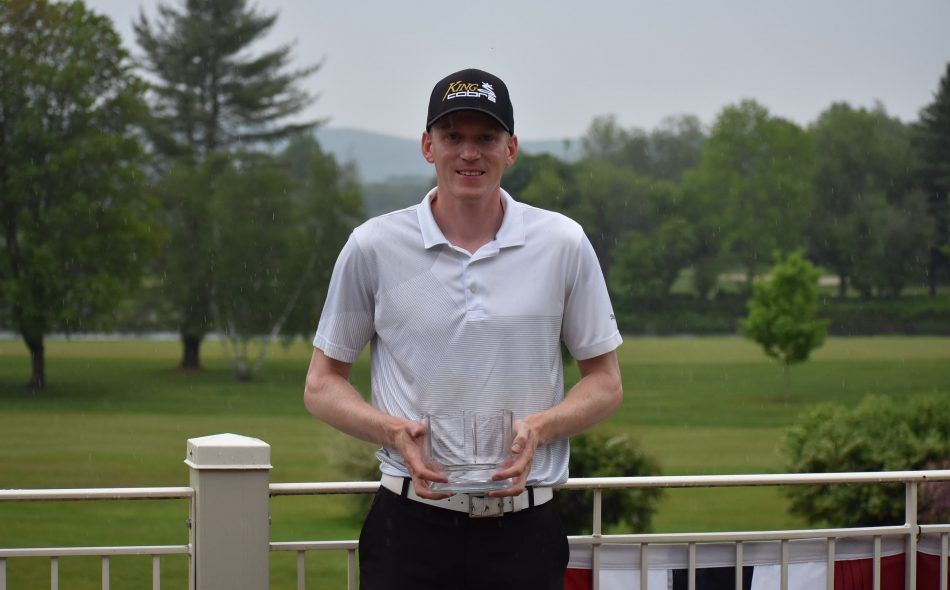 QUECHEE, Vt. – Jason Thresher poured in five back-nine birdies on Wednesday to shoot 7-under 65 in the final round of the 2019 New England Open at the Quechee Club and claim a two-stroke victory with a 36-hole total of 10-under (133).

The win adds to a growing list of regional championships for Thresher, who will look for his fourth consecutive Massachusetts Open title next week in addition to New Hampshire and Bangor Open championships.

“The putter really caught fire on the back nine,” Thresher said after his round, which ended in style with birdies on the 17th and 18th holes. “After I birdied 14, that put me at 8-under, my goal for the rest of the round was to really try to get to 10. I figured that would have a really good chance of winning.”

Thresher rolled in a 25-foot birdie putt on the par-3 opening hole, but gave it right back with a bogey on the par-5 second. That proved to be his only bogey of the day as he made eight birdies on Wednesday, including six in his final 10 holes, to shoot the low round of the tournament.

Thresher held off Nicholas Pandelena, who was in the final group after shooting 67 on Tuesday. Pandelena followed that up with a 68 on Wednesday to finish solo second at -8. 2016 New England Open Champion Jeff Curl finished tied for third at -6 along with Ryan McCormick.

Maxwell Ferrari and Pat Pelletier tied for low amateur at -3 overall. Both players shot 70 in each round.

First-round co-leaders Jack Lang and Mark Purrington finished T5 and T7, respectively after shooting 5-under 66 on Tuesday. Lang shot even-par 72 on Wednesday while Purrington was 1-over.

The 36-hole tournament played to a par of 143 after playing as a Par-71 on Tuesday and Par-72 on Wednesday.

The New England Open wouldn’t be possible without the support of the Quechee Club and host PGA Professional T.J. Anthoine, as well as partners Mohegan Sun, Turkish Airlines, Lincoln Motor Company and the PGA TOUR.