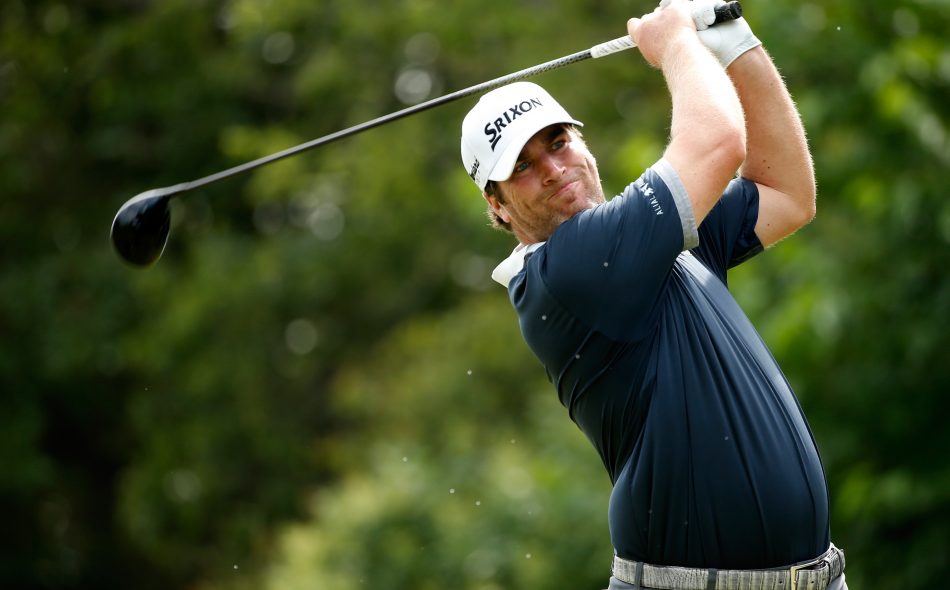 If you are on social media, you are probably familiar with How it Started – How it’s Going. In this popular trend, people post pictures and information on how their careers began and how things are currently. Let’s have some fun and apply this cyber fad to some of the better-known New England golfers.

How it Started: Altomare was born in 1990 in Worcester, MA. She started playing golf at the age of 10 and attended the University of Virginia. 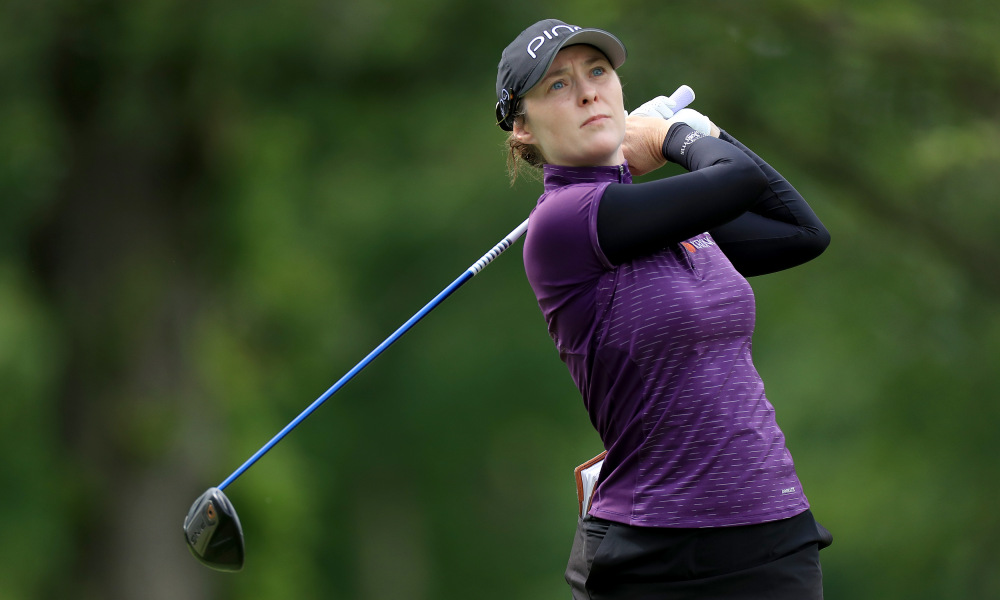 CHASKA, MINNESOTA – JUNE 21: Brittany Altomare of the United States plays her tee shot on the par 5, 15th hole during the second round of the 2019 KPMG Women’s PGA Championship at Hazeltine National Golf Club on June 21, 2019 in Chaska, Minnesota. (Photo by David Cannon/Getty Images)

How it Started: The 23-year-old Khang hails from Brockton, MA and credits her father for influencing her career. She began playing golf at age 5 and also developed a love of snowboarding and fishing.

How it’s Going: Khang finished 5th in the 2020 U.S. Women’s Open and tied for 11th at the 2019 Women’s British Open. In 2019, she posted a career-best seven top 10 finishes and crossed the $2 million mark in career-earnings. She has also played on the U.S. Solheim Cup team. 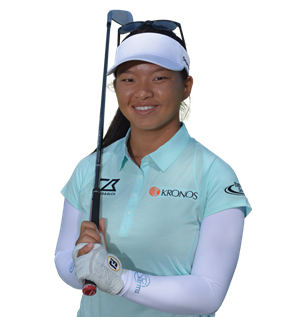 How it Started: Bradley was born in Woodstock, VT and is the nephew of LPGA legend Pat Bradley. An all-state ski racer, the 34-year-old attended St. John’s University and turned pro in 2008.

How it’s Going: Bradley has earned over $26 million as a pro and scored PGA Tour wins at the 2011 HP Byron Nelson Championship and PGA Championship, 2012 World Golf Championships-Bridgestone Invitational, and 2018 BMW Championship. He continues to compete at the highest levels of the game. 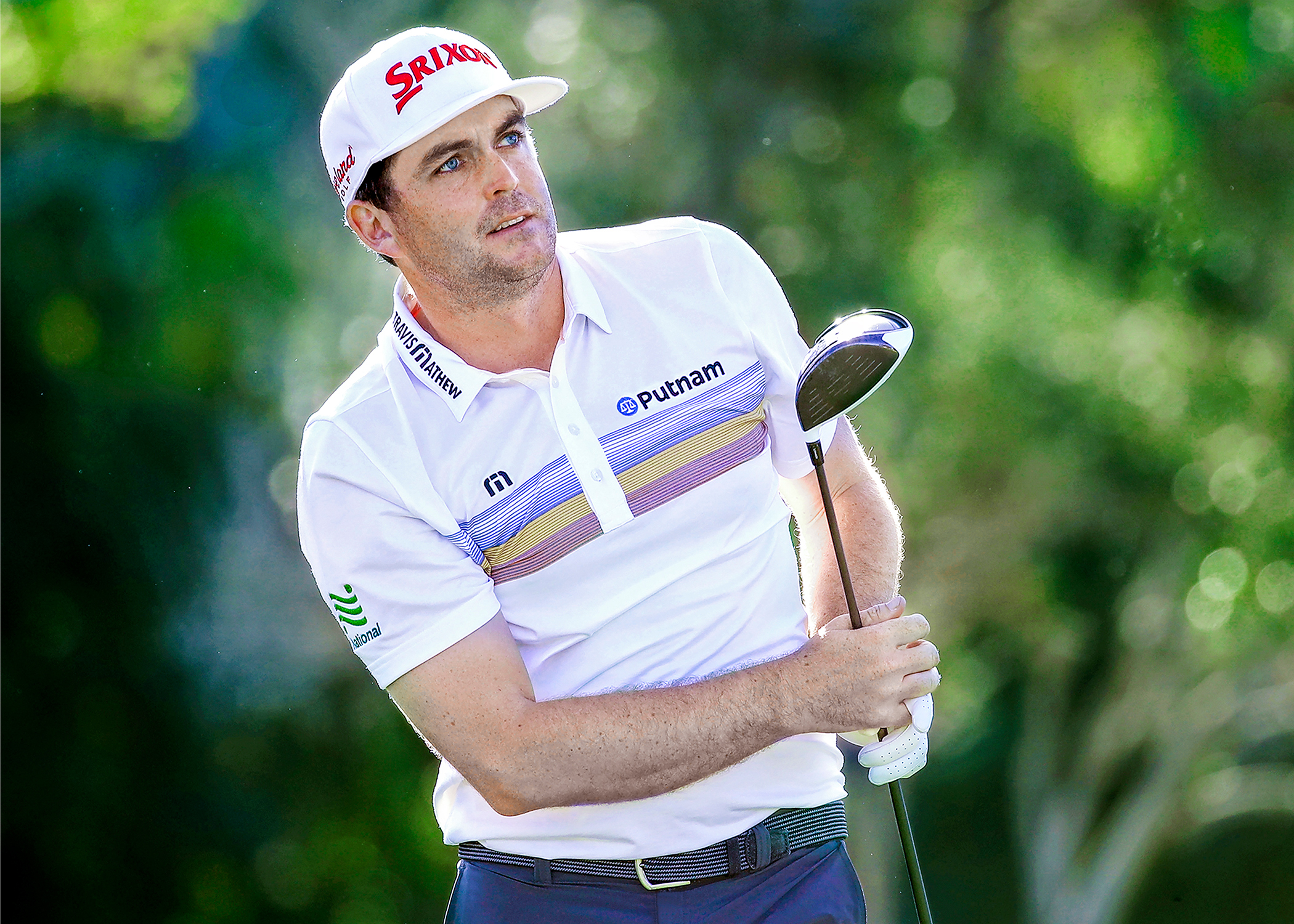 How it Started: Born in New Bedford, MA, the 31-year-old Uihlein won the 2010 U.S. Amateur at Chambers Bay and turned pro in 2011. He played at Oklahoma State University.

How it’s Going: Uihlein won the 2017 Nationwide Children’s Hospital Championship. At the 2020 LECOM Suncoast Classic, he held a share of the 36-hole lead and the solo lead after 54 holes before finishing 20th. 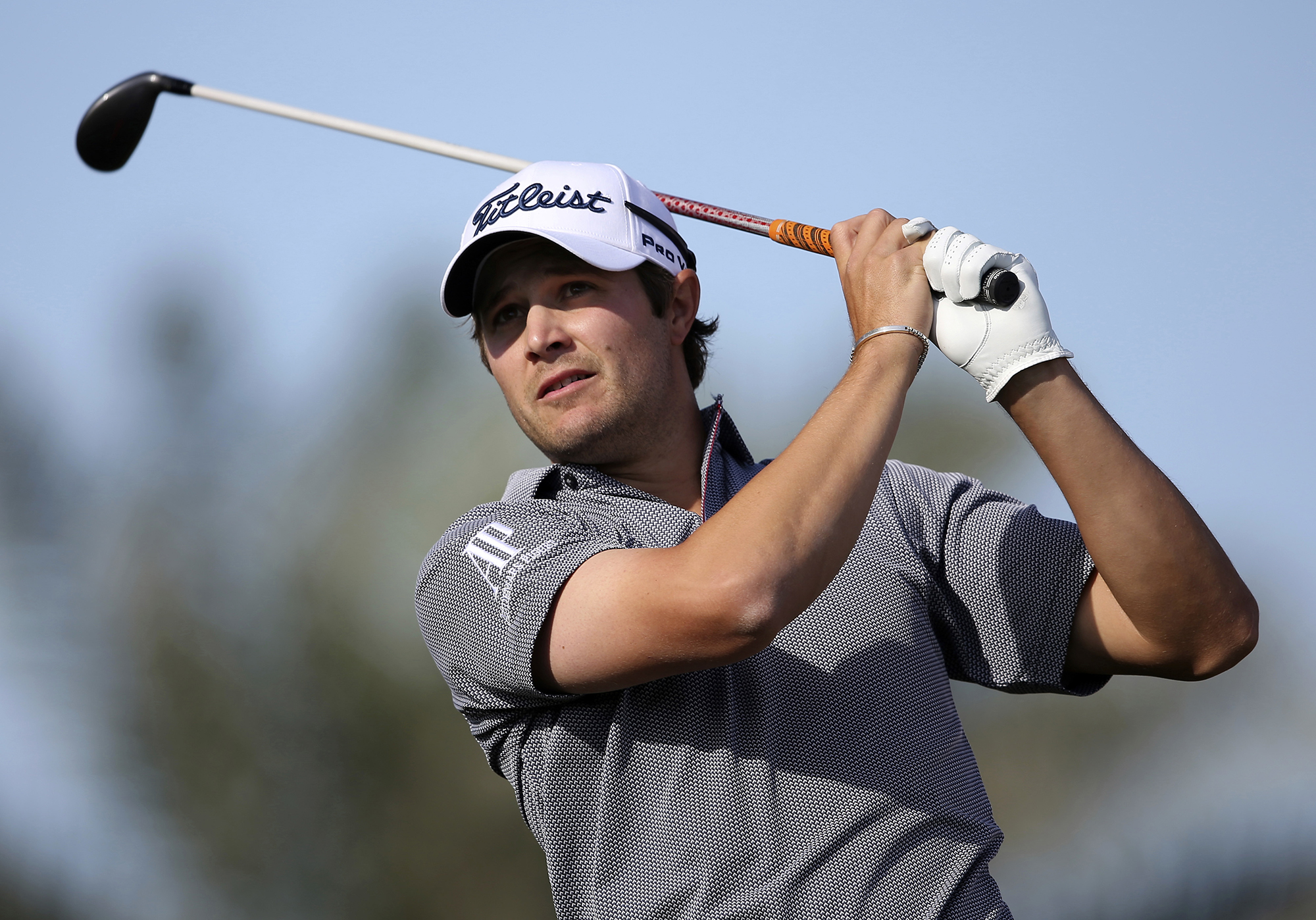 Peter Uihlein of the U.S. tees off on the 9th hole during the 3rd round of the Dubai Desert Classic golf tournament in Dubai, United Arab Emirates, Saturday, Feb. 4, 2017. (AP Photo/Kamran Jebreili)

How it Started: The Worcester, MA native attended Tennessee Tech and has been a pro since 2007. At age 12, he saw Tiger Woods win the 1997 Masters and decided to focus on golf.

How it’s Going: In 2020, Stallings, 35, advanced to the FedEx Cup Playoffs for a fourth consecutive season and eighth overall, finishing the season No. 120 in the FedEx Cup standings. He posted a pair of top-10 finishes. 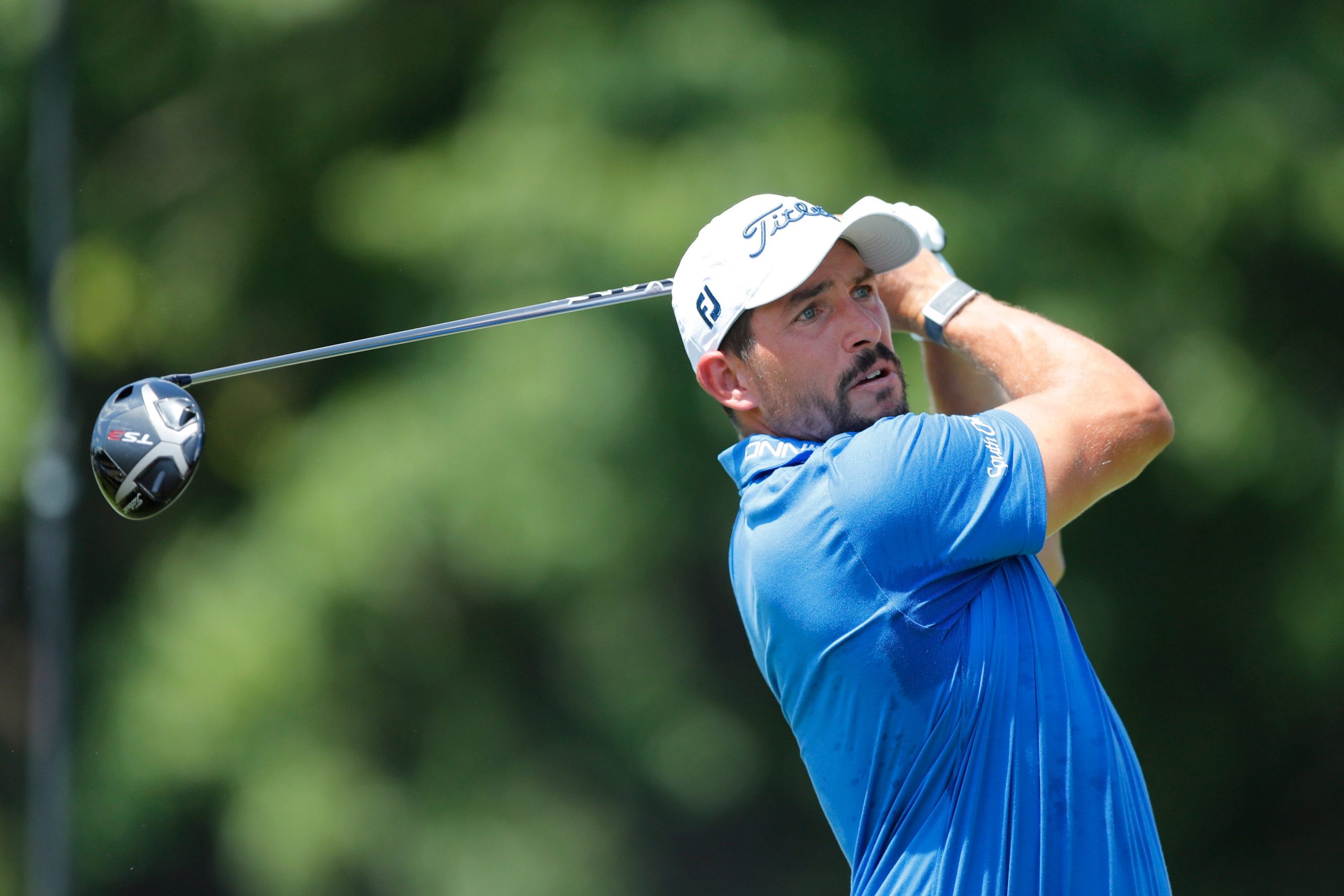 How it Started: Curran was born in Hopkinton, MA in 1987 and played college golf at Vanderbilt. He turned professional in 2009 and played on the NGA Pro Golf Tour in 2013, winning one event and topping the money list.

How it’s Going: Curran won the 2020 Qualifying School Contest #3 Presented by Joey D Golf. He earned $5,000 to put towards the Qualifying School entry of his choice. Curran’s best PGA Tour finishes are playoff losses at the 2015 Puerto Rico Open and 2016 Memorial Tournament. 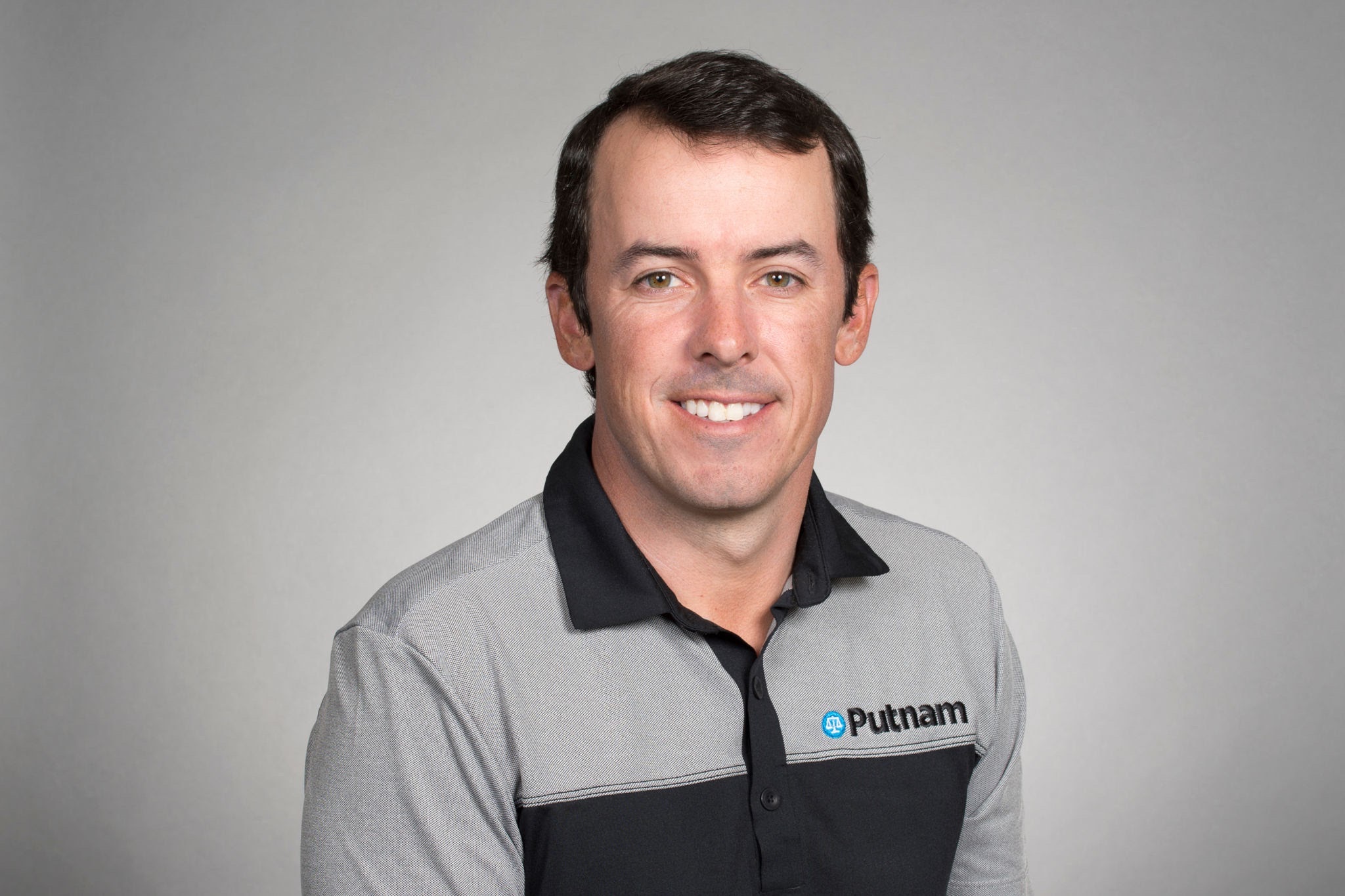 How it Started: Born in Northampton, MA, the 54-year-old Petrovic joined the pro ranks in 1988 after graduating from the University of Hartford where he is a member of the Hall of Fame. He once worked as a pizza baker and delivery man.

How it’s Going: Petrovic plays on the PGA Champions Tour where, as of January, he was 24th in Charles Schwab Cup points and 60th on the all-time money list. His many interests include cars, music, and film. 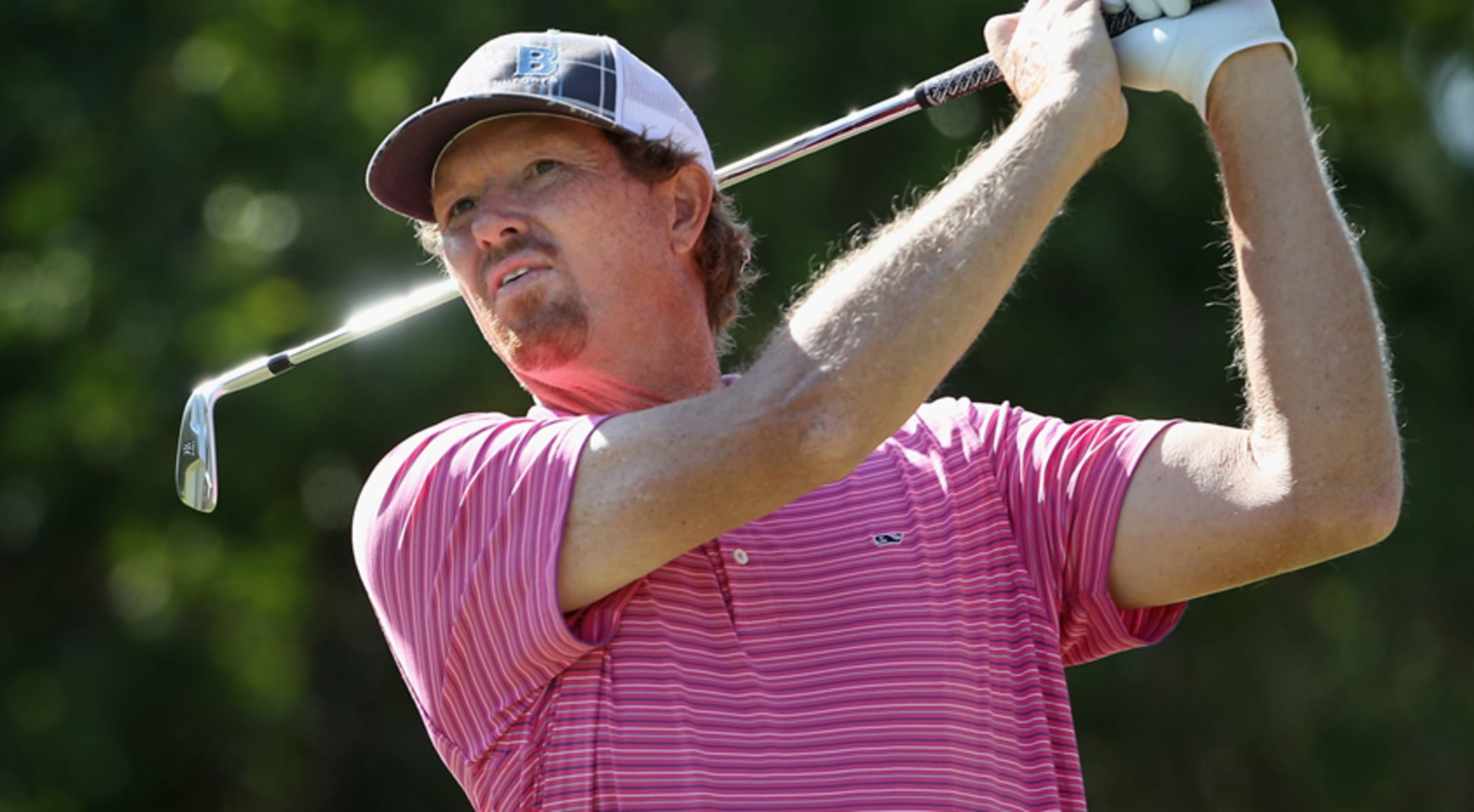 How it Started: Oppenheim was born in Salem, MA and raised in Andover, MA. The 40-year-old led Rollins College to the 2002 national championship and earned his PGA Tour card in 2015.

How it’s Going: In 2020, Oppenheim had one top-10 and finished the season No. 138 in the FedEx Cup standings, highlighted by a tie for 9th at the Puerto Rico Open. 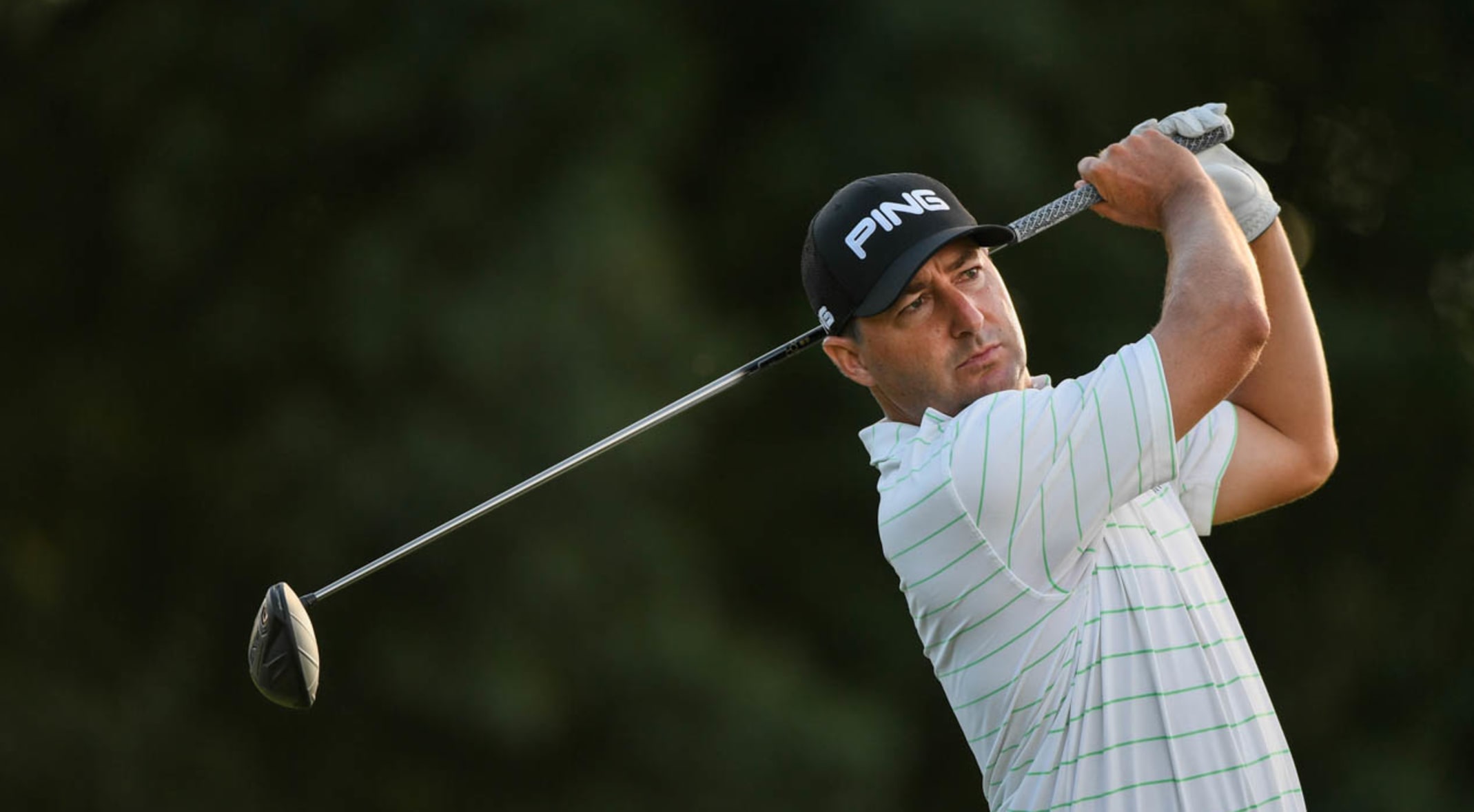 How it Started: The venerable Quigley, 73, was born in Lynn Centre, MA. He attended the University of Rhode Island and turned pro in 1971. He has served as head professional and director of golf at Crestwood Country Club in Rehoboth, MA. 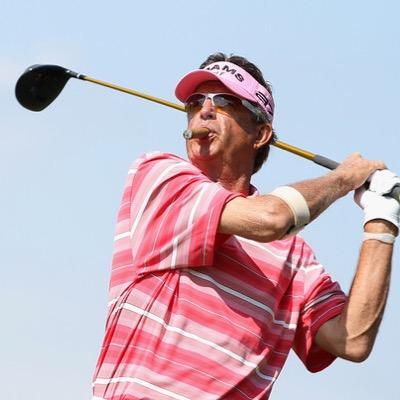 How it Started: Brett is a Quigley golf legacy, the nephew of Dana and son of Paul. The 51-year-old was born in Fort Devens, MA and was a caddie for his Uncle Dana, turning pro himself in 1991.

How it’s Going: In 2020, Quigley held the 36-hole lead and tied for second at The Ally Challenge. He moved to No. 1 in the Charles Schwab Cup for the first time and became just the third rookie to top the PGA Champions Tour standings. 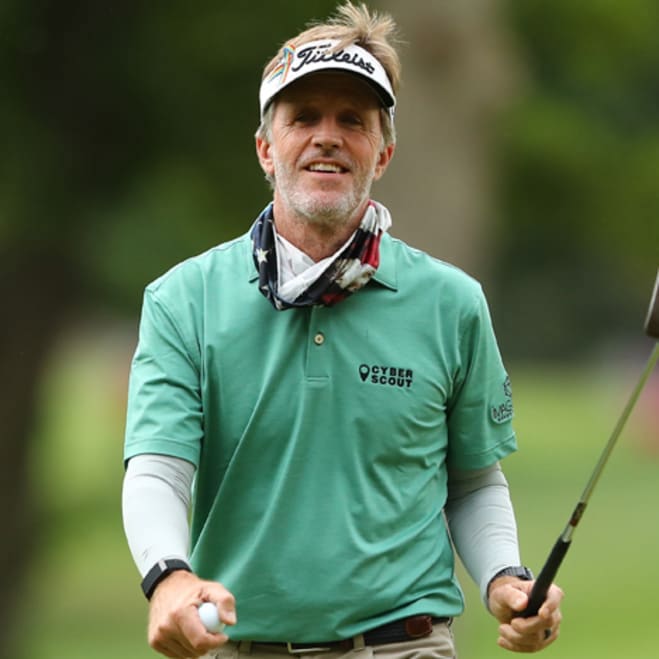 How it’s Going: A golf inspiration for his courageous battle with cancer, Azinger is now 61 and has worked for ABC Sports. He has been a part of the PGA Champions Tour for a decade and lives in Bradenton, FL. 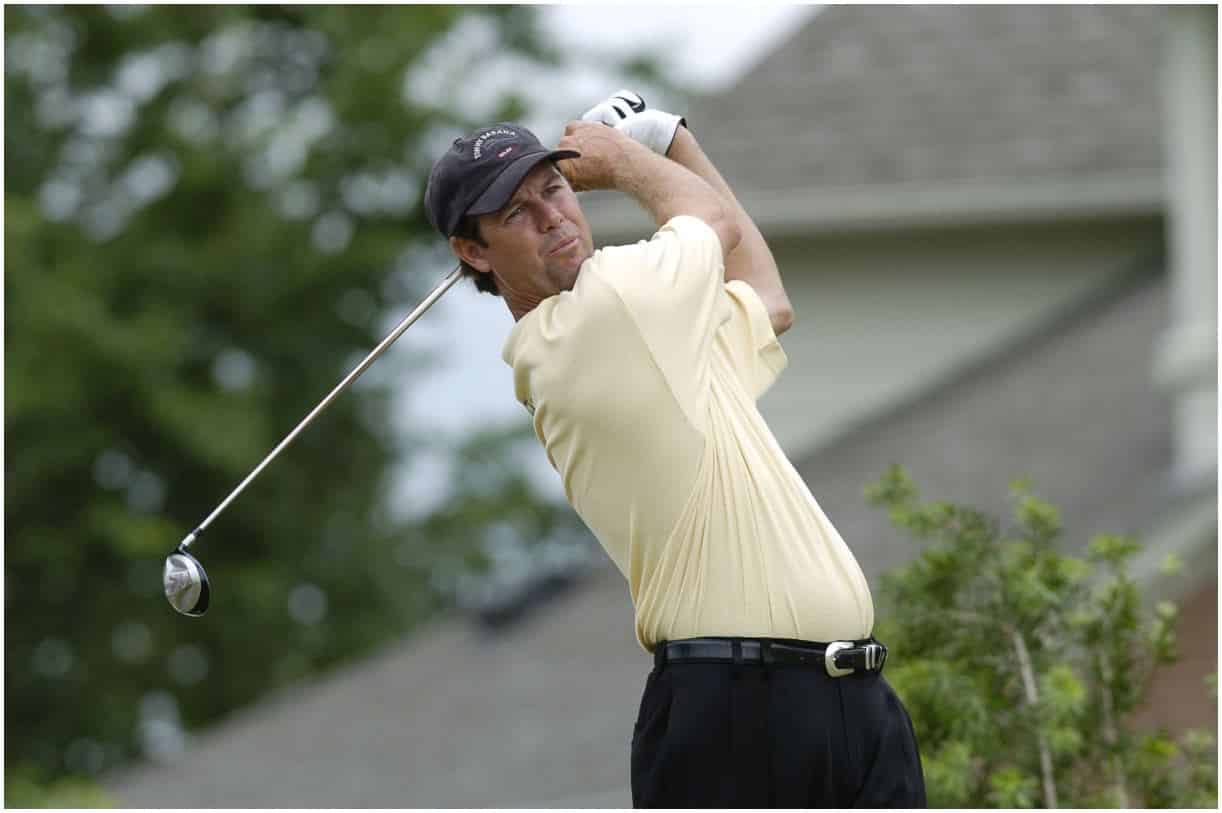 How it Started: The Rhode Island native still lives in Barrington. Faxon was born in 1961 and attended Furman University. He turned pro in 1983. 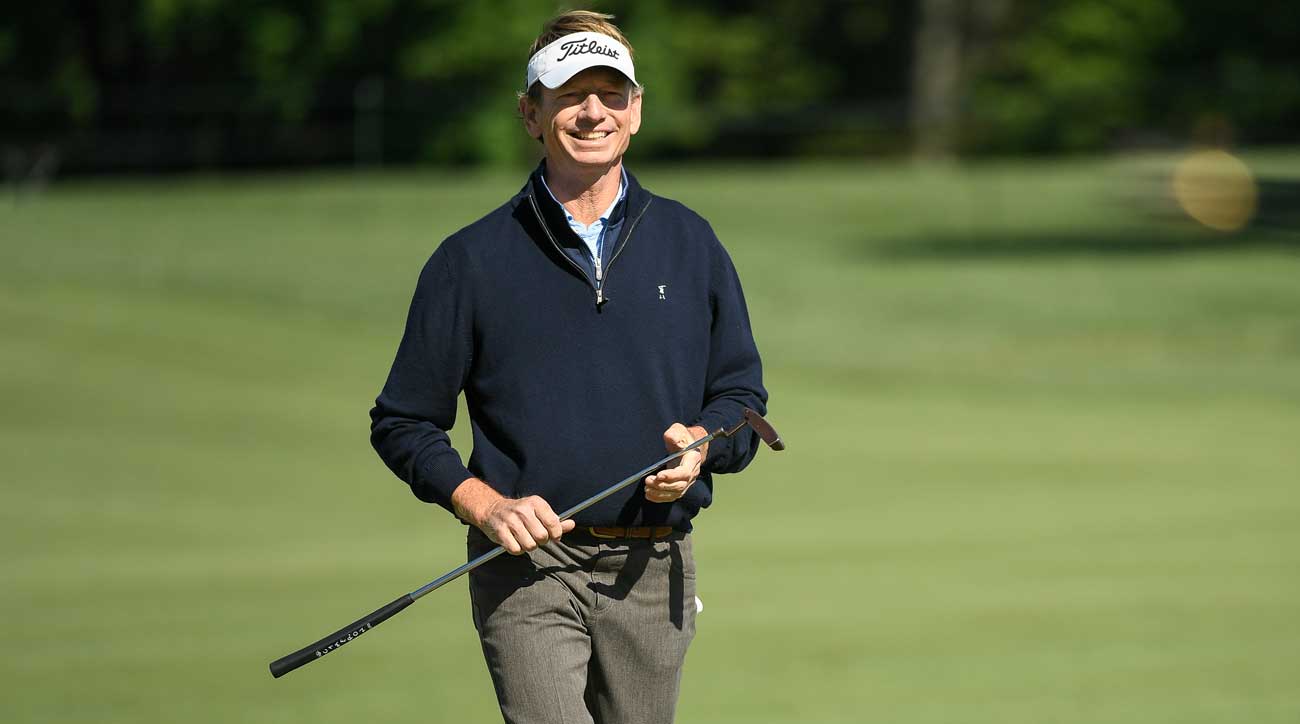 How it Started: Born in Bristol, RI, Andrade graduated from Wake Forest in 1987 and joined the pro ranks. He defeated Jeff Sluman in a playoff to win the 1991 Kemper Open. 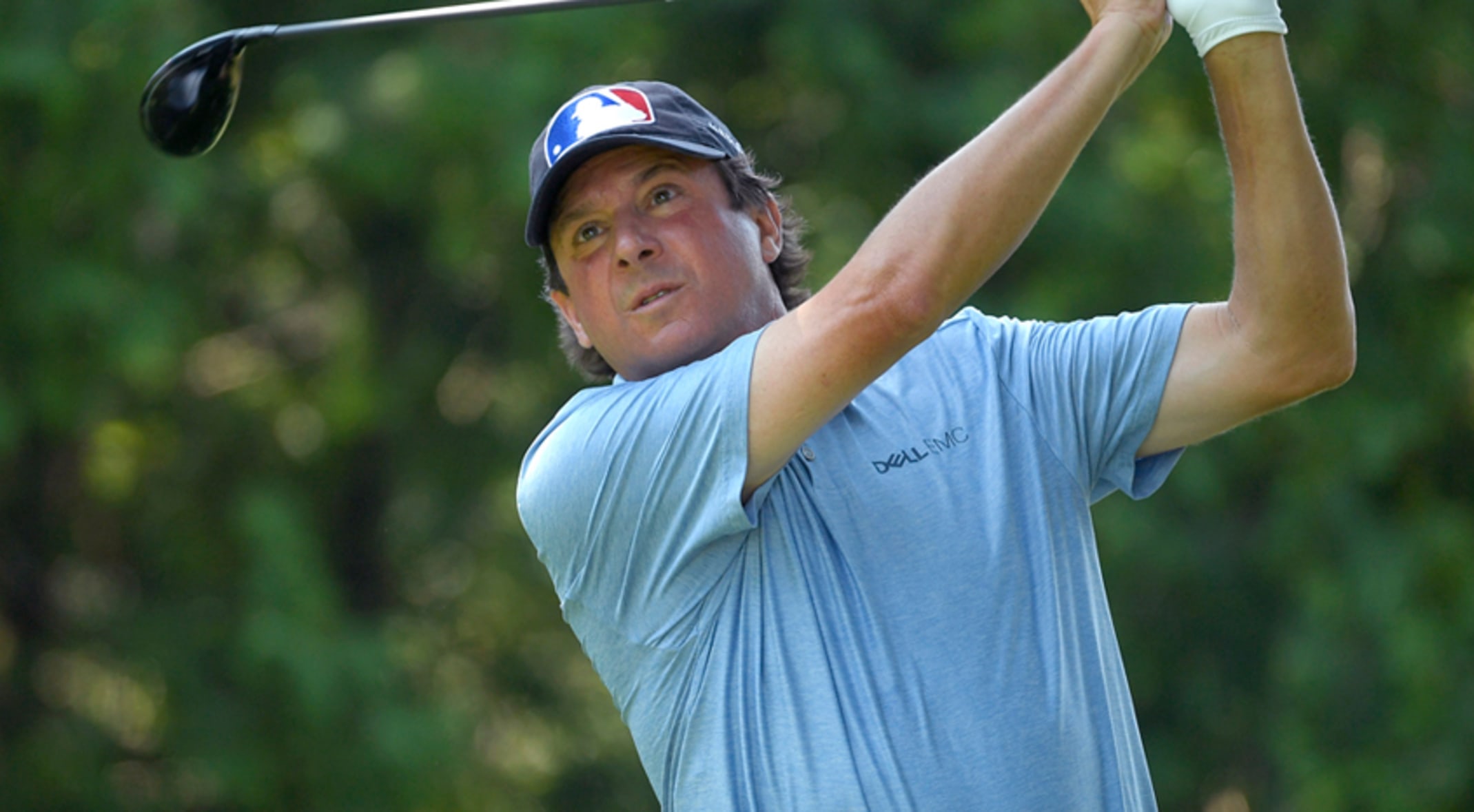 How it Started: Quinn was born in Worcester, MA in 1965 and was a ski instructor during high school. He attended Northwestern University, graduating in 1987 with an Economics degree.

How it’s Going: Quinn has won nearly $3 million as a pro and lives in Holden, MA with his wife Lori. He finished fifth at the 2019 Hoag Classic for his best finish in 12 starts on the PGA Champions Tour. 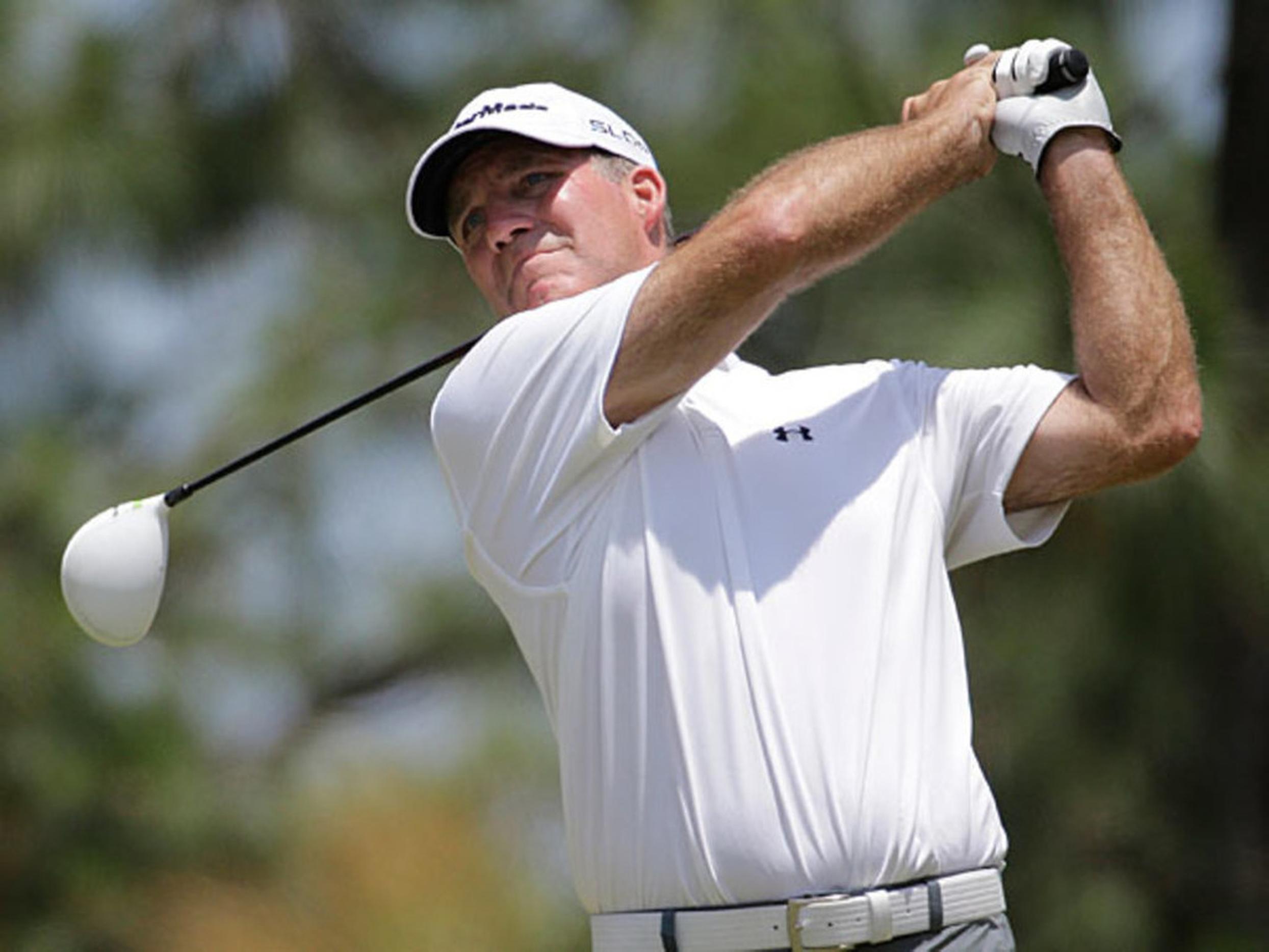 How it Started: The Boston native was born in 1983 and, at age 17, was runner-up at the 2001 Massachusetts Amateur. He graduated from Johnson & Wales University in 2007, the same year he turned pro.

How it’s Going: Renner had a medical exemption on the Korn Ferry Tour through 2020. The Plainville, MA resident is a decorated New England golfer with wins at the Massachusetts Open, Vermont Open, Rhode Island Open, and Maine Open. 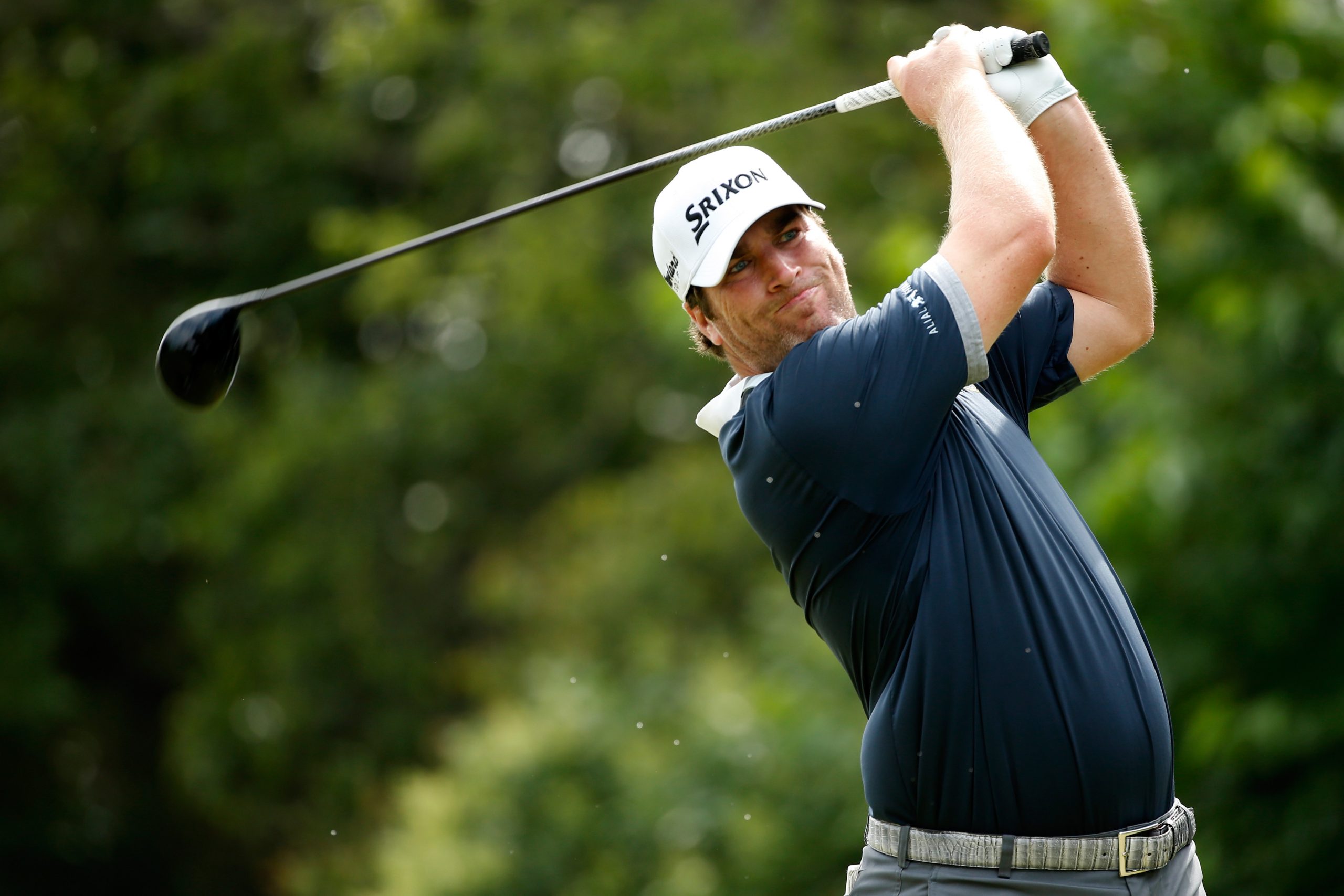 IRVING, TX – MAY 28: Jim Renner hits his tee shot on the 15th hole during Round One of the AT&T Byron Nelson at the TPC Four Seasons Resort Las Colinas on May 28, 2015 in Irving, Texas. (Photo by Scott Halleran/Getty Images)

How it Started: The 29-year-old Werenski was born in Springfield, MA, grew up near The Orchards GC in South Hadley, and played golf at Georgia Tech. His dad Michael was a PGA club professional and brother Mickey played at Texas A&M.

How it’s Going: In 2020, Werenski won his first career PGA Tour title at the Barracuda Championship and qualified for the FedEx Cup Playoffs, advancing to the BMW Championship for the first time. 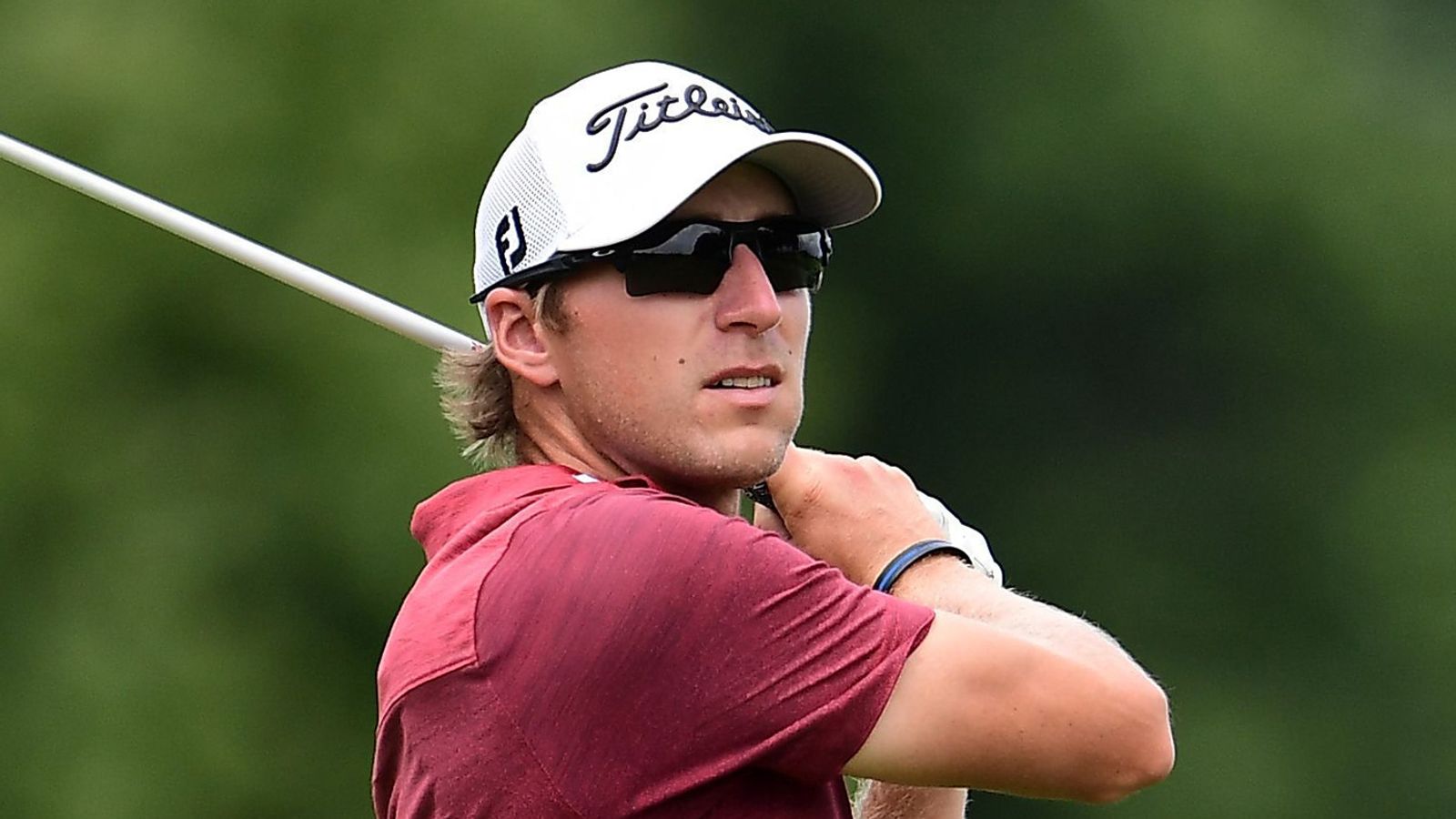 How it Started: The Boston native grew up in Brookline and is the youngest of 7 children. Driscoll played and studied at the University of Virginia graduating in 2001.

How it’s Going: Now in Tequesta, FL, the 43-year-old Driscoll enjoys yoga, boxing, and surfing. 2019 was his best pro season finishing at number 116 on the Regular Season points list. He posted two top 10s in 17 starts. 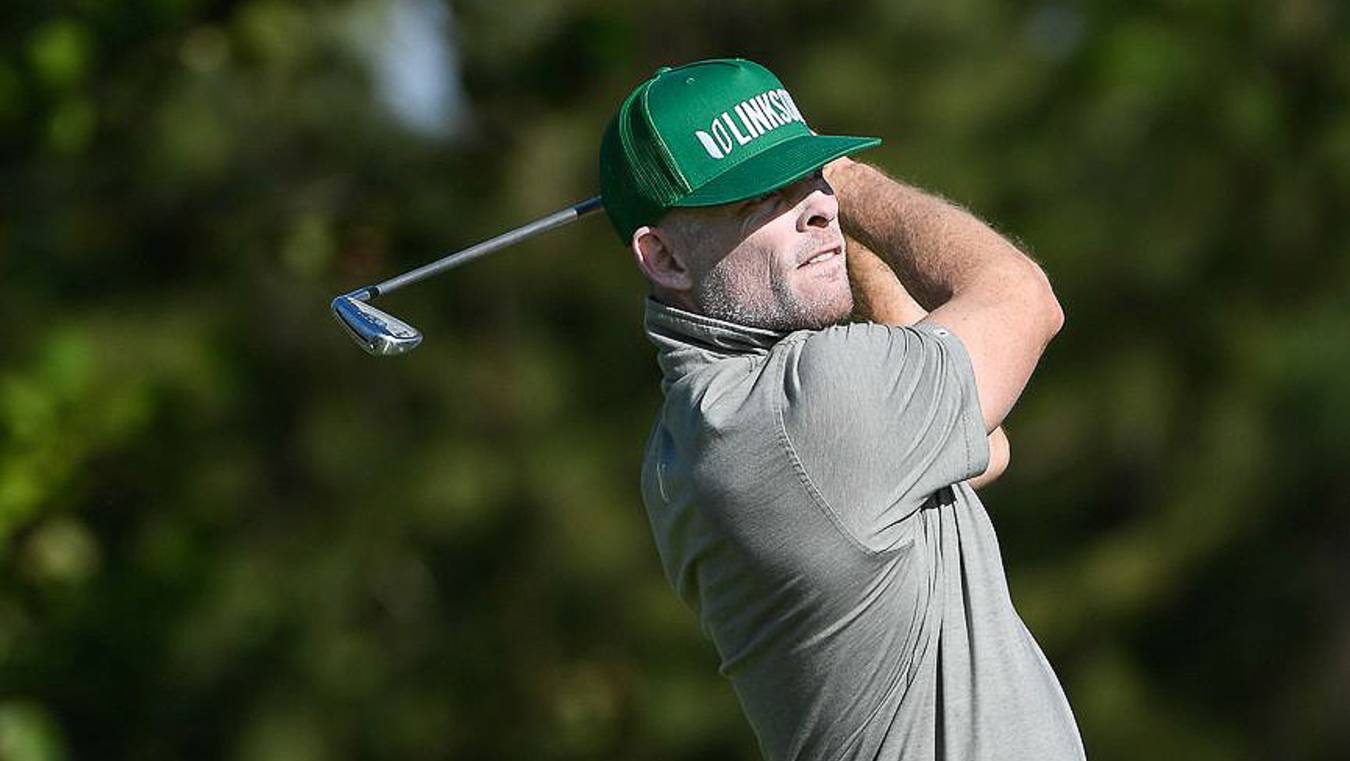 How it Started: Adamonis, 47, was introduced to golf by his grandfather and father in Cumberland, RI. His dad, the late Dave Adamonis, was the golf coach at Johnson & Wales University, leading the team to the 2005 NAIA national title.

How it’s Going: Adamonis lives in Florida with wife Stacey and children Grace and Nicholas. He competed in the 2020 Bahamas Great Exuma Classic at Sandals Emerald Bay. Adamonis loves all sports and won the 2007 WNB Golf Classic on the Korn Ferry Tour. 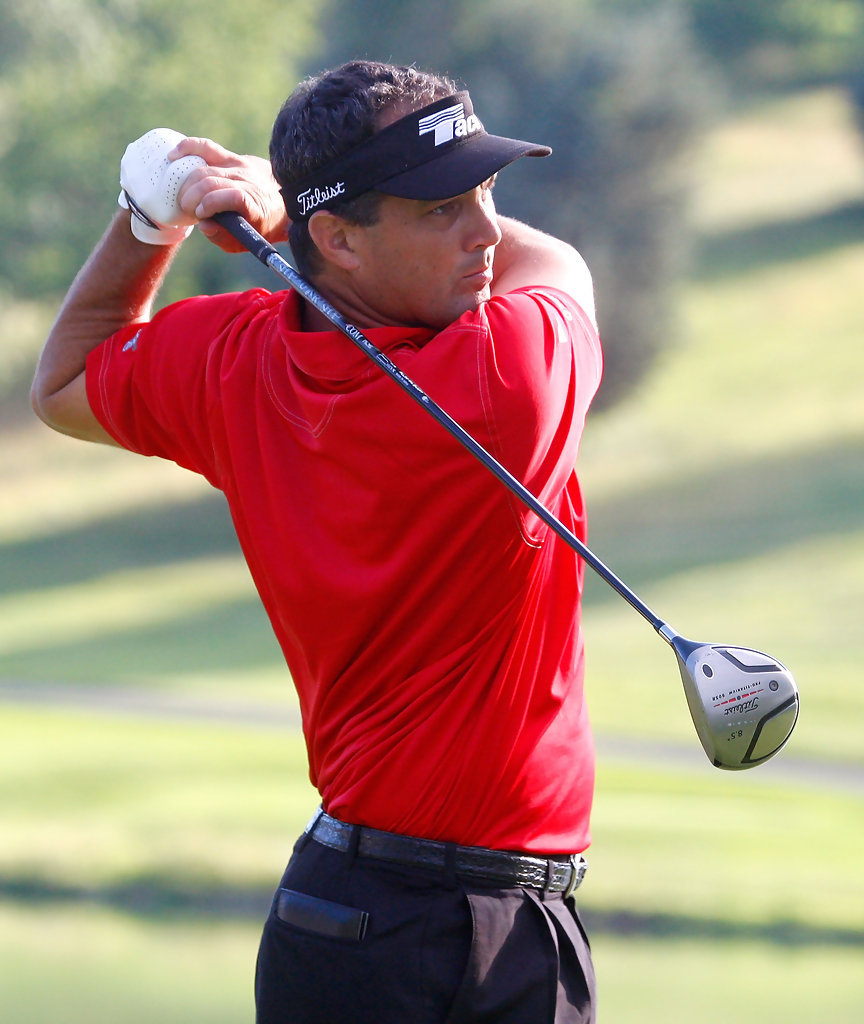