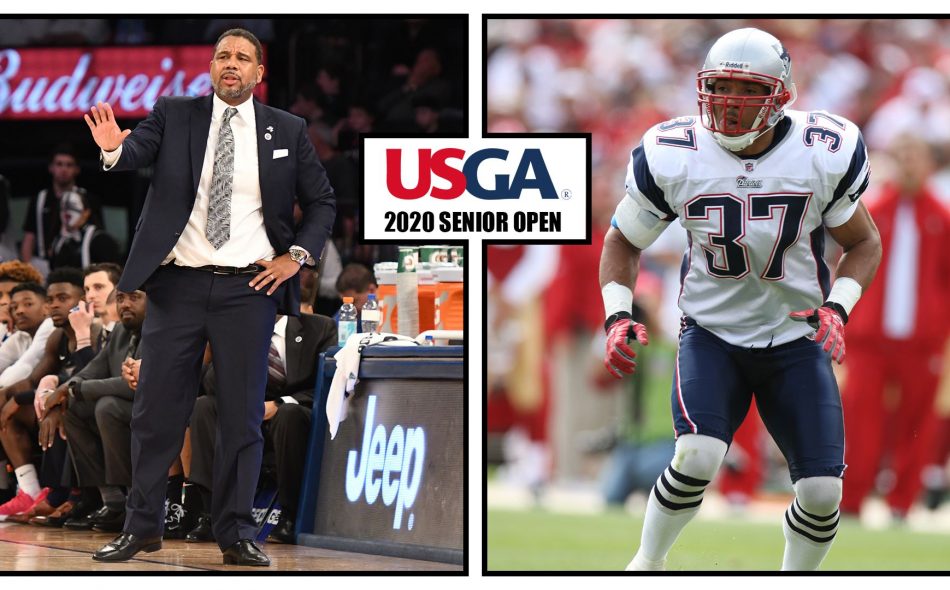 Cooley is in his ninth season at Providence and has led the program to five NCAA Tournament and two NIT Tournament berths in eight years. The Friars, who won the 2014 Big East Conference tournament, have advanced to seven consecutive postseasons for the first time since earning eight straight postseason berths from 1971-78. Providence had qualified for just one NCAA Tournament in the 10 years before Cooley was hired.

“I am very honored to represent the state of Rhode Island and Providence College as an honorary chairman of the 2020 U.S. Senior Open,” said Cooley, who served as the head coach of Team USA at the 2019 Pan American Games in Lima, Peru. “As a native of Providence and someone who has great enthusiasm for the game of golf, I am confident that the Ocean State and the entire New England region will support this national championship.”

Harrison, an All-Pro defensive back with both New England and the San Diego Chargers, played for 15 years in the NFL. He helped the Patriots win consecutive Super Bowls, a 32-29 victory over Carolina in 2004 and a 24-21 decision over Philadelphia the following year. Harrison is a member of the Patriots Hall of Fame and San Diego’s 50th anniversary team. 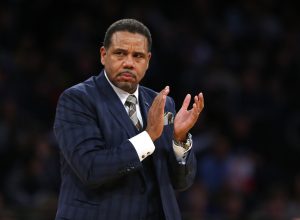 “Coach Cooley and I not only have a passion for golf but for competitive athletics and all the great things that can be learned through sports,” said Harrison. “It is an honor to help support this championship. I know New England’s golf fans will join me in welcoming the game’s greatest senior players to Newport.”

Cooley guided Providence to five consecutive 20-win campaigns from 2014-18, including a 24-11 record in 2016 when the Friars defeated USC in the first round of the NCAA Tournament and achieved their highest national ranking (No. 8) since 1977. Cooley was previously the head coach at Fairfield University and played at Stonehill College in Easton, Mass., where he was a three-time captain.

Harrison, a studio analyst for NBC Sports’ Football Night in America since 2009, was the first player to record at least 30 interceptions (34) and 30 sacks (30.5) in a career. The hard-hitting safety, who was a two-time All-American at Western Illinois University, posted seven interceptions in 13 career NFL playoff games. In 1997 with the Chargers, Harrison became the first player in NFL history to score touchdowns on a fumble return, interception return and kickoff return in the same season.

“Ed Cooley and Rodney Harrison will be excellent ambassadors for the U.S. Senior Open and Newport Country Club,” said John Bodenhamer, USGA senior managing director, Championships. “They have accomplished great things in the sports world, served as respected leaders in their communities and have a deep interest in the game of golf.”

In their honorary roles, Cooley and Harrison will support the fifth USGA championship to be held at Newport Country Club, a total that includes the first-ever U.S. Amateur and U.S. Open Championships in 1895. Newport also hosted the 100th U.S. Amateur in 1995, the second of three consecutive victories in that championship by Tiger Woods. 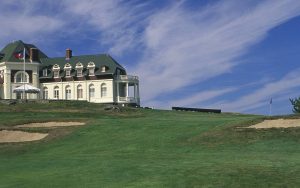 The U.S. Senior Open Championship, for golfers age 50 and older, is open to any professional and any amateur with a Handicap Index® not exceeding 3.4. Players who are eligible to compete include defending champion Steve Stricker, Fred Couples, Bernhard Langer, Davis Love III, Ernie Els and Jim Furyk.

About the USGA
The USGA is a nonprofit organization that celebrates, serves and advances the game of golf. Founded in 1894, we conduct many of golf’s premier professional and amateur championships, including the U.S. Open and U.S. Women’s Open. With The R&A, we govern the sport via a global set of playing, equipment, handicapping and amateur status rules. The USGA campus in Liberty Corner, New Jersey, is home to the Association’s Research and Test Center, where science and innovation are fueling a healthy and sustainable game for the future. The campus is also home to the USGA Golf Museum, where we honor the game by curating the world’s most comprehensive archive of golf artifacts. To learn more, visit usga.org.