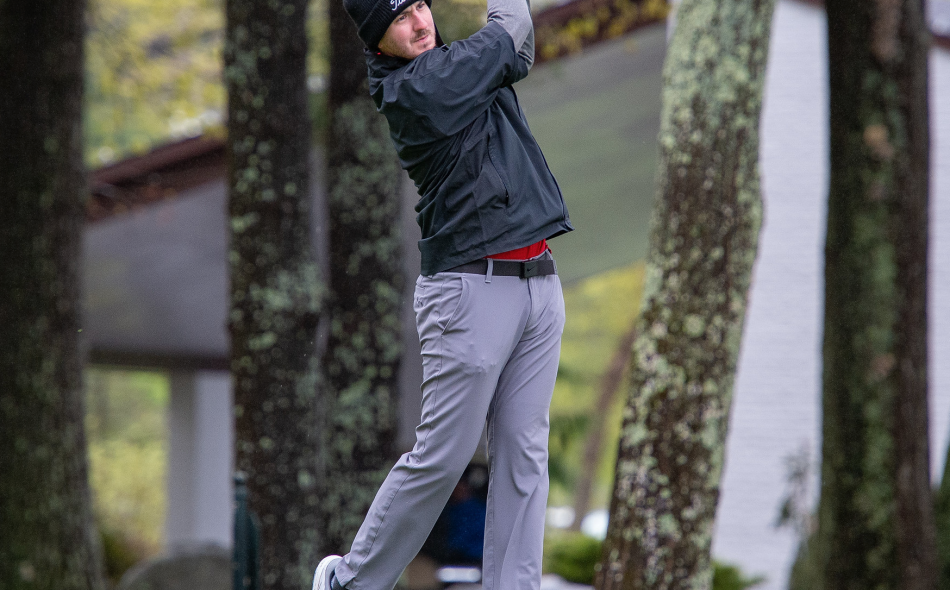 BOLTON, Massachusetts – With a two-stroke lead entering Tuesday’s second round of the 39th Massachusetts Four-Ball Championship, the team of Mike Calef (Pine Oaks GC) and Nick Maccario (Bradford CC) knew they controlled their own destiny as they looked to build on their 9-under 63 performance from The International’s Oaks course Monday. In their final 18-holes on the Pines course Tuesday, the team carded a 5-under 67 behind a combined six birdie effort to finish by the same margin – two strokes – to capture their first ever Massachusetts Four-Ball Championship title with a two-round score of 14-under 130.

Playing in their first Four-Ball together (both have registered top-three finishes in the past two years), the Calef/Maccario duo had to dig deep into their arsenal to hold off the second place team of Herbie Aikens & Matt Parziale, the 2016 and 2017 champions, who leaped into to the top-2 by matching a day-low 65 on the Pines Course to finish the 36-hole Championship at 12-under 132.

“To get a win in any Mass Golf event is fantastic,” said Calef, who one year ago finished runner-up to the team of Jimmy Hervol and Tim Umphrey in a three-hole sudden death playoff on Cape Cod.  “You know you are beating some of the best players in New England and around the country when you win these events. There were some tough conditions out there with the weather not being great, but we had fun and played pretty well.”

After leading the field of 194 teams following the completion of play Monday, the team of Calef and Maccario, who first played together in a Four-Ball format when they were paired together at the 2017 Tri-State Championship, got out of the gate early by birdying two of their first three holes.

After having to switch their wardrobes several times over the first leg of the Tuesday’s second round, thanks in part to the on-again, off-again rain, the duo settled in nicely and found their way by making par on all but one hole on their first nine.

“We started off a little bit slower than we did yesterday,” said Maccario, who himself finished in third at the 2017 Mass Four-Ball championship, which was contested at Haverhill Country Club and Renaissance Golf Club, respectively.

The two accounted for only error when both players hit into the water on the eighth hole Tuesday, but were able to rebound quickly by making par on the ninth hole.

After making the turn, the team birdied 10 and 11, and carded four straight pars to sit at 3-under through 15, and added insurance with two additional birdies on two of the final three holes to secure the top-spot in the two-day tournament.

“We made the turn and birdied 10, birdied 11, and knew we were back on track,” said Maccario after their self-described slow start.  “We figured if we could get one or two more [birdies], that would be great. We got one on 16 and one for good measure on 18, where Mike rolled it in.”

With the ever-important Mass Golf Richard D. Haskell Player of the Year points on the line, the duo knew that a victory would help jumpstart their goal of each finishing as the top-amateur in the state come October.

“We were in a really nice spot yesterday. It is nice to have a lead, especially in an event like this,” said Calef, a former two-time Massachusetts Amateur champion and winner of the 2011 Massachusetts Mid-Amateur championship, following his round. “We knew we had good players right behind us on the leaderboard and we  were shooting for 15-under, which we thought if we could get to, we’d be able to win. We didn’t quite get there, but fortunately, it was enough.”

He added, “We are both going to play a full schedule of events and we both know the competition is amazing. To start off and get a win [in the Massachusetts Four-Ball] and get some points under your belt, it’s great. It’s a great springboard into the next events and the real bulk of the season.”

Calef is already set to compete in the Massachusetts Open Championship, the next Mass Golf event he is eligible for, in early June, while Maccario too hopes to join him when he looks to qualify next week at Turner Hills.

With both players slated to compete in the Norfolk Classic this weekend, and the Hornblower Memorial the following weekend, two top-regional events, both have shown that they aren’t messing around in their hopes of the ultimate goal.

“From here, it’s trying to add to the collection,” said Maccario.

If they play the way they did on Monday and Tuesday, there is no question they’ll be able to in fact add to their collection this season.