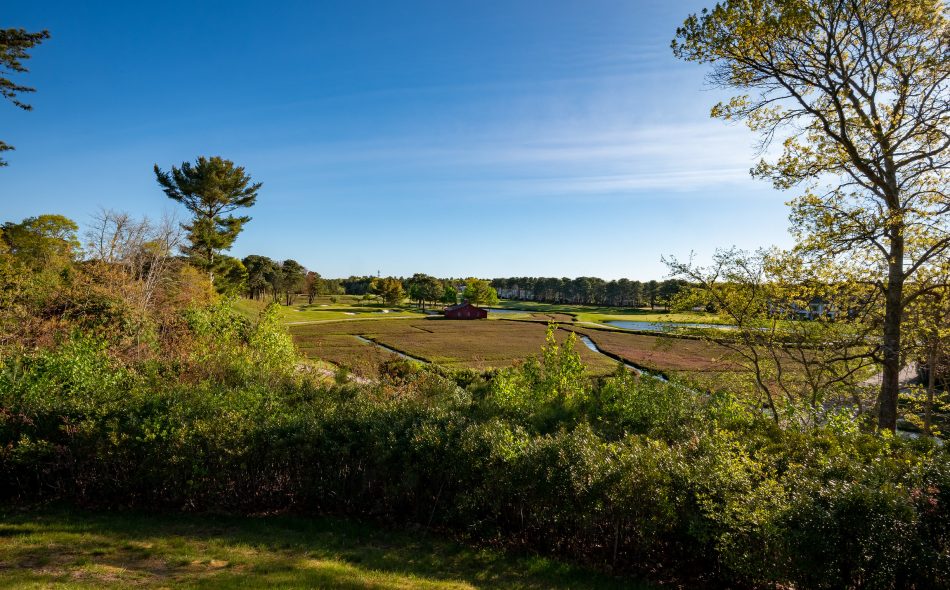 MASHPEE | OSTERVILLE, Massachusetts – Back in 2017, Kevin Carey and Joe Walker, two of Cape Cod’s most successful amateur golfers for much of the last three decades, fell in a sudden-death playoff at the Massachusetts Senior Four-Ball Championship, coming up just short of being crowned champions. Two years later, they made sure to avoid a similar fate by carding a 5-under 65 in Wednesday’s second and final round to finish at 8-under 132 for the tournament, edging the team of Mark Chylinski and Ralph Dastoli, both from Pittsfield, by one stroke to finish atop the leaderboard.

“Anytime you win is special,” said Carey on winning this year’s Massachusetts Senior Four-Ball Championship, his first victory in the Mass Golf Championship with playing partner, Joe Walker. “You are playing against good fields and good players. It was kind of a home course advantage for us this time around.”

Coming off a round one performance where they shot 3-under 67 on the Willowbend course to sit T4 on the leaderboard, the duo cut an additional two strokes off their total round with their 5-under 65 performance Wednesday to secure their victory.

On Wednesday’s front nine, the tandem was carried by the 62-year old Walker, of Dennis, who registered four birdies in the team’s first 11 holes to move to 4-under for the day before Carey, of South Dennis, put the stamp on their victory by adding two birdies on both the par-4 13th and 16th holes, respectively.

“We were very fortunate. Things were going our way,” said Walker, who first started playing with Carey in the Senior Four-Ball in 2014. “We had a great pairing as we watched Jon Fasick and Carter Fasick pour it in for two days into a thimble, some of the best putters I’ve ever seen. They inspired us because although I’m 62 and Kevin is 64, there is no upper-limit any more. You can win it as long as you have the guts to try.”

For Carey, who also won the Senior Four-Ball title in 2011 and 2012 with Willowbend’s Ray Richard, the opportunity to win this event for a third time was just as special. Carey and Walker have won eight Seagull Four-Ball Championships together, one of the region’s top events every year, but hadn’t had the opportunity to hold the trophy together in this event.

“We thought we lost by one, but we ended up winning by one,” said Carey, who had missed a birdie opportunity on the 18th hole by coming up short on a 10-foot putt that they thought was going to hurt them against the then clubhouse leaders Mark Chylinski and Ralph Dastoli.

In addition to adding their names to the Mass Golf history books with their victory this week, the duo also added to their family history. Walker and Carey are distant cousins as their grandmothers were in fact  first-cousins who lived in the same house in Ireland, before the family came to the United States.

SUPER-SENIOR WIN
For the second straight year, the Super Senior Division of the Massachusetts Senior Four-Ball was captured by brothers Jon and Carter Fasick, of Bellingham and Milford, who added to the 4-under 66 they recorded on the Willowbend layout Tuesday by shooting a 2-under 68 on Wednesday at Wianno Club. In the Super Senior Division, the 66-year old Fasick’s bested the next best super seniors – Jim Ruschioni and Paul Nunez – of Leominster and Holliston by six strokes. The Super Senior Division title is given to the lowest scoring team in which both competitors are aged 65 and older.

Entering the day as one of three teams with a share of the lead, Fasick and Fasick recorded five birdies to one bogey to finish third overall for the Championship.

“Playing with Kevin and Joe for two days was a real treat,” said Jon following his round. “They are certainly the best four-ball team in Massachusetts, probably over a long period of time, and it was a lot of fun playing with those guys.”

Jon added, “Carter played extremely well both days. It is just great competing in these things. The competition and comradery that you have with everybody is a lot of fun. Mass Golf runs some really great tournaments so it is really cool to  be a part of it.”

Jon and Carter Fasick become the first team to capture the Super Senior Division title twice since the Championship added the super senior division in 2017.