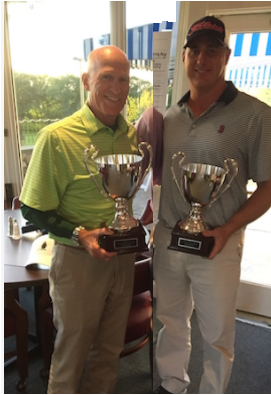 The Country Club of New Bedford’s Gilholm Cup was scheduled for Saturday, September 25, and
Sunday, September 26, as a 36-hole best ball of two gross stroke play event. Unfortunately, due to
3+ inches of rain falling overnight, Sunday’s round was cancelled, and it became an 18-hole event.

Thirty-eight teams vied for the Title at the famed Willie Park Jr. designed golf course, Par 70, 6400-yard
layout. Playing in the Men’s Invitational Event were some of the best amateur players in New England
and beyond.

The team got off to a hot start as Paul birdied the short first hole with a birdie putt from 20 feet.
Paul hit it to 10’ and putted it in on the dogleg third hole for another birdie.

On the 4 th hole, the only par 5 on the golf course, Kevin launched a big drive and hit a 3 iron second shot
near the green. From 20 yards away, he wedged it up. The ball took two bounces, hit the stick and went
in for an Eagle 3!

With a quick 4 under par for 4 holes, the team battled the course with all pars until Paul hit his 7 wood to
4 feet on hole 17, the par 3 over the water, and knocked it in for their third birdie of the day.
A nifty par on the long par 4 18 th sealed the deal for them with a five under par 65.

This is the 3 rd Gilholm Cup victory for teammates Quigley and Blaser. Kevin and Paul paired in 2013 and
2015 to take the Cup. Paul also won in 2011 with Bobby Leopold as his partner.

The 21-year tournament was named for John Gilholm, the legendary, nationally acclaimed CCNB Golf
Professional for over 40 years. 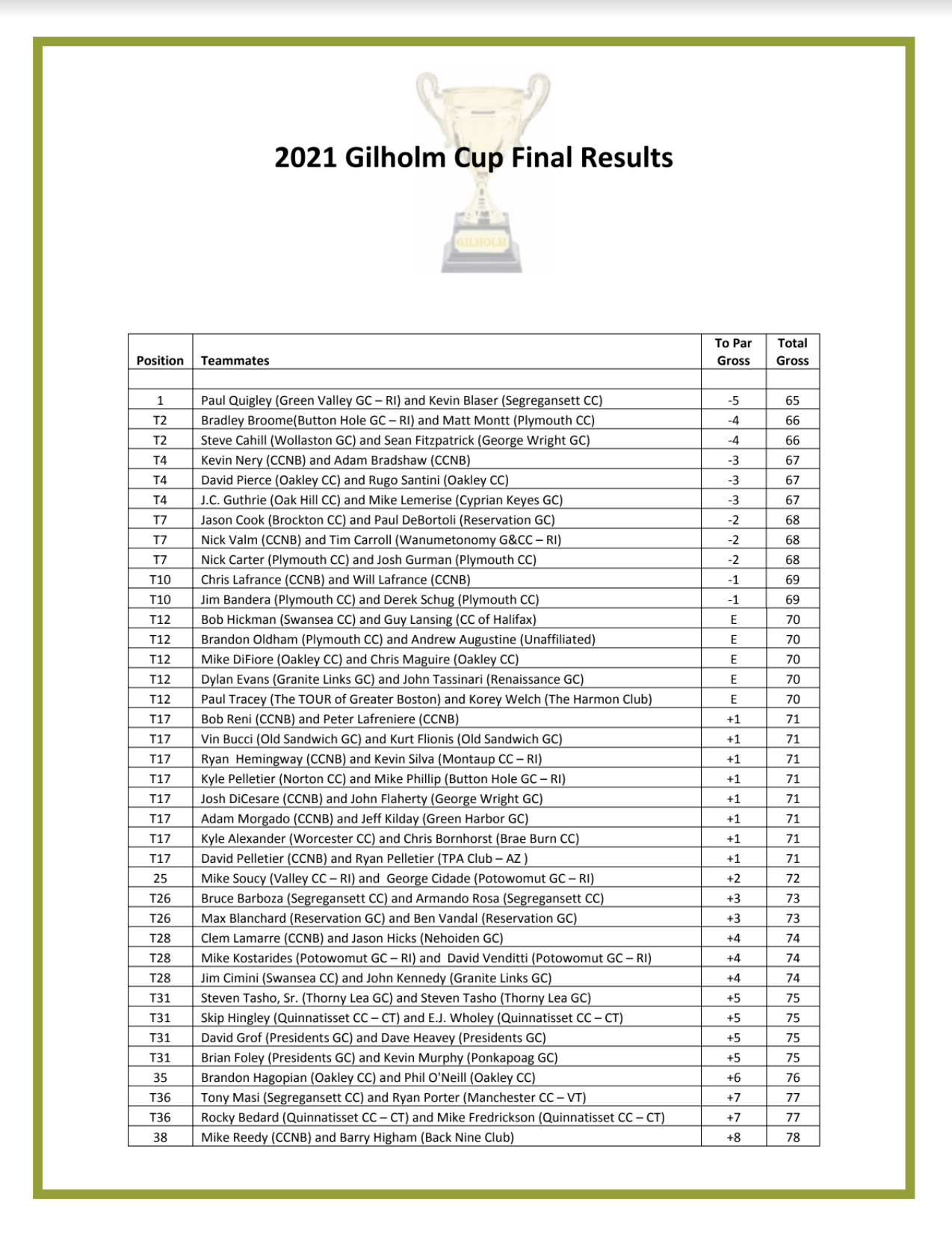