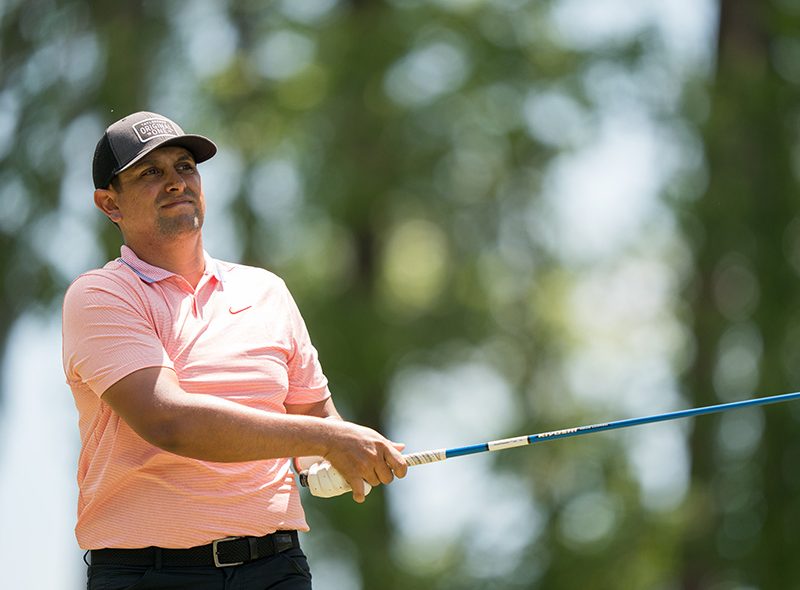 BLUFFTON, S.C. – A couple birdies, a couple bogeys, and a bunch of pars. Rich Berberian Jr., PGA, played that formula on repeat over four rounds at the PGA Professional Championship at Belfair and sealed a spot in the PGA Championship with an even-par 72 in the final round on Wednesday. Berberian finished in a tie for 6th at -1 overall to punch his ticket to the PGA Championship for the fourth time with his fourth consecutive top-12 finish at the tournament.

Entering Wednesday’s final round at -1 and tied for 5th, Berberian opened with six consecutive pars before taking advantage of the Par-5 7th hole with a birdie. After a bogey on the 9th, he made the turn in even-par and got back into red figures with a birdie on the Par-5 13th. He bogeyed the 15th but made three straight pars coming in to comfortably clinch one of the 20 PGA Championship spots up for grabs.

Shawn Warren, PGA, and Kirk Hanefeld, PGA, were also among the 77 players to make the second cut into the final round. Hanefeld made bookend birdies one the 1st and 18th holes Wednesday, but it wasn’t enough to avoid his highest round of the tournament, shooting 5-over 77 to finish T66 at +9 overall.

After stumbling with bogeys on the 1st, 4th and 6th holes, Warren bounced back with birdies on the 7th and 13th to get to +4 for the tournament. But Warren made two bogeys in his final four holes to finish +3 for the day, +6 overall and T43 for the tournament.


You Can Go Home Again