May We Golf, Help Gender Relations and Save the Planet All at the Same Time? 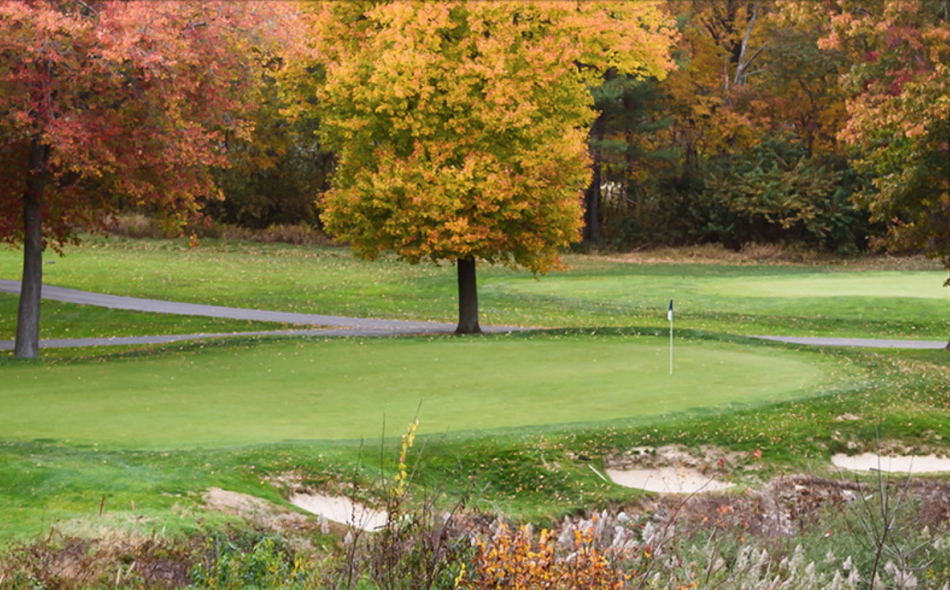 We were on a long par three, the 12th tee, and the thunder showers that had been skirting around us all day came roaring. Near the ocean, where it’s difficult to tell which way the weather will go, we had taken our chances, but suddenly the wind gusted strong and the tops of trees sharply bowed their heads. Do we bailout? For a half minute, we were pelted with hard rain, and the idea of actually making our partners widows – which we had joked about when we arrived — suddenly became real. However, just as quickly as it came, the storm passed. We teed up and began our intrepid march toward another green.

To wit, the designers of Widow’s Walk Public Golf Course in Scituate have come up with a fine solution to gender relations. In the age-old struggle between wife and golf, golf is often the spark to the brush. For a man whose love of golf brings in no money, a game that has little interest for the average gal, golf is simply a day off from the honey do list, a burden on the credit, and allows weeds to grow wild in the garden. But . . .When I told my wife I was going to Widow’s Walk to play golf with my nephew, whom I was treating for his graduating law school, there was an unfamiliar delight in her voice. Widow? Just the word seemed to cheer her up. Perhaps, her tone seemed to imply, I’ll finally be done with this guy with his love of golf.

If you are reading this far, you will understand that I have lived to tell the tale.

Widow’s Walk was designed and built by Ohio-based architect Mike Hurdzan whom was heralded as America’s first “environmental demonstration project” in which limited water, fertilizer, pesticides, and herbicides were to be used as part of the ongoing course management. With its drought resistant sand dunes and grass, and the sight of the salt marshes and North River, it’s only be a good thing that we are not soaking this land with pesticides and sprays, or building another set of high-rise condos.
And for those of us intrigued by golf history and architecture, Widow’s Walk designer Michael Hurdzan is a notable figure. He is just the fifth person in golf to achieve “The Non-playing Grand Slam” as recipient of high honors from our industry’s “Big 3”: The Golf Course Superintendents Association of America, the American Society of Golf Course Architects and the Golf Course Builders Association of America. Today, you might recognize a few of the seven names on that list: Arnold Palmer, Jack Nicklaus, Byron Nelson, Robert Trent Jones, Sr., Rees Jones, Pete Dye and Dr. Hurdzan.

Widow’s Walk construction was heralded as America’s first “environmental demonstration project.” And while it opened in July of 1997, and in 1998 was named by Golf Digest among its ‘Best New Courses in America,’ it has taken some years to grow in, and become what it is today: a native landscape restored to dunes and scrub pine with 18 holes laid strategically into the slopes and rises that give you expansive views toward the North River and Atlantic Ocean and also interior, peek-a-boo looks at the ponds that dot the course.

And being so close to the ocean, wind often comes into play. This only adds to the enjoyment, not only for that taste of sea air. For the wind, it’s best to play the appropriate tees. There are four tee boxes at each hole-blue, white, silver, and yellow. My nephew and our party played the whites. Knowing your handicap will help choose your poison: The recommended tee, based on your handicap, is: For men: Blue-under 7, White-7 to 25, Silver-over 25, and Yellow- Novices. For women: Silver-under 18, and Yellow-18 and above. And perhaps in anticipation of the #MeToo movement, the term “Lady’s Tee” is not used at Widow’s Walk.

Which brings us to the question: How did the course get its name? When you reach the signature hole, and the elevated tee of the downhill, par-3 17th hole, it’s mortality itself that confronts the golfer: In the distance, you can spot the house with its prominent Widow’s Walk, a four-sided window found at the top of houses near the oceans, from which Ship Captain’s wives could look out, hoping for the return of her seafaring husband. It was generous of Dr. Hurdzan to have the golfers faced with their mortality over only the last two holes. Up to that point, you are only faced with the need to overcome life’s (and golf’s) challenges by just enjoying the company and the habitat. Over the last two holes, with the unpredictable ocean nearby and in the age of a pandemic, your empathic minds need consider whether you are in fact making it home.

When you do, when the golf-faring partner returns, having survived another pleasant walk through – in this case – a native landscape that has evolved over tens of thousands of years — playing Widow’s Walk, you can suggest that you are also contributing to rebuilding marine life and bird habitat: the salt marshes, seagrasses, and native fauna and flora are all important to the work that lies ahead. Dr. Hurdzan and his colleagues fully deserve the ‘non-playing grand slam’ for having given us such a magnificent course that practices sustainable, environmental management and is at the same time so pleasing to the eye and mind.

Mark Wagner is a musician and golf history buff, who lives on a small farm in Dudley with his wife and son. Contact: markgwagner@charter.net 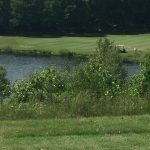 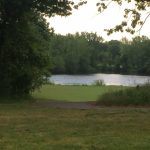 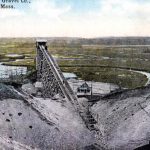 
The Club At New Seabury