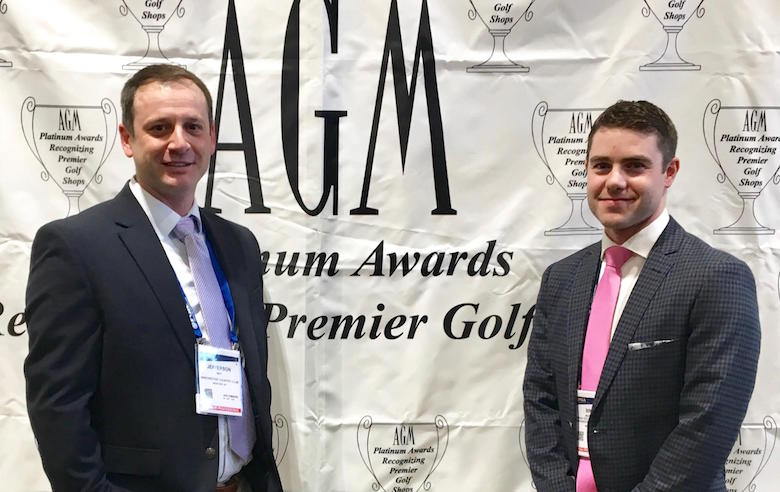 Bedford, N.H. (January 28, 2019) – Manchester Country Club (MCC), one of New Hampshire’s premier private clubs and recent Association of Golf Merchandisers Platinum Award winner, has named Jefferson May, PGA, as the Club’s new Director of Golf after a nationwide search to fill the leadership roles in the club’s Golf Department. Brian Moskevich, PGA was concurrently promoted to Head Golf Professional, serving under May to operate the club’s entire golf operation. A BoardRoom magazine Distinguished Club and this year’s host to the New England PGA Championship, Manchester Country Club has employed fewer than ten golf professionals (including May and Moskevich) in its entire almost-100-year history. 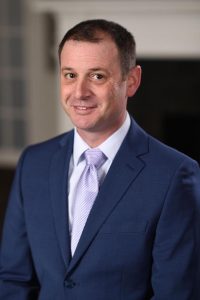 Prior to May’s appointment at MCC, he served at The Muttontown Club in Long Island, N.Y., where he oversaw and managed the entire golf operation as their Director of Golf. May also worked under legendary Golf Professional Rick Meskell for five years at Meadow Brook Country Club on Long Island and spent his winters as a full-time instructor at the John Ondrush Golf and Fitness Academy. May has held positions at Timber Point Golf Course, Tam O’Shanter Country Club, Bear Lakes Country Club and nationally recognized Sands Point Golf Club, where he holds the course record. A graduate of Marist College in Poughkeepsie, N.Y., May received an athletic scholarship for their baseball team, played in three NCAA tournaments and signed with the Houston Astros professional baseball organization before embarking on his golf career. May relocated to N.H. this year with his wife, Jennifer, and two children, Camryn and Ryan.

As the new Head Golf Professional, Brian Moskevich will be supporting May in the overall operation of all golf-related responsibilities at MCC. Moskevich attended North Carolina State University, where he earned his bachelor’s degree in Parks, Recreation and Tourism Management with a concentration in Professional Golf Management. He also earned his PGA Class A license while there. A successful amateur- and collegiate-level player, Brian has worked at MCC for the last five years, with prior experience at The Honors Course in Chattagnooga, Tenn. and the Pinehurst Resort in Pinehurst, N.C.

“We are excited to welcome Jeff and his family into the MCC fold and Bedford community,” said Brian Kelley, general manager of Manchester Country Club. “We are looking forward to spring so our new golf leadership team can really shine, but until then, we’ll enjoy indoor golf and all the planning and preparation it takes to be one of the best private clubs in New Hampshire.”

May and Moskevich’s responsibilities will include coordination of competitive and casual play on the private 18-hole Donald Ross course, execution of member golf tournaments, and management of golf outings hosted by select local organizations. They will also teach lessons, oversee the indoor simulator and golf performance center, and run the onsite 1,250-square foot Golf Shop, a Platinum Award top 100 golf shop as named by the Association of Golf Merchandisers.